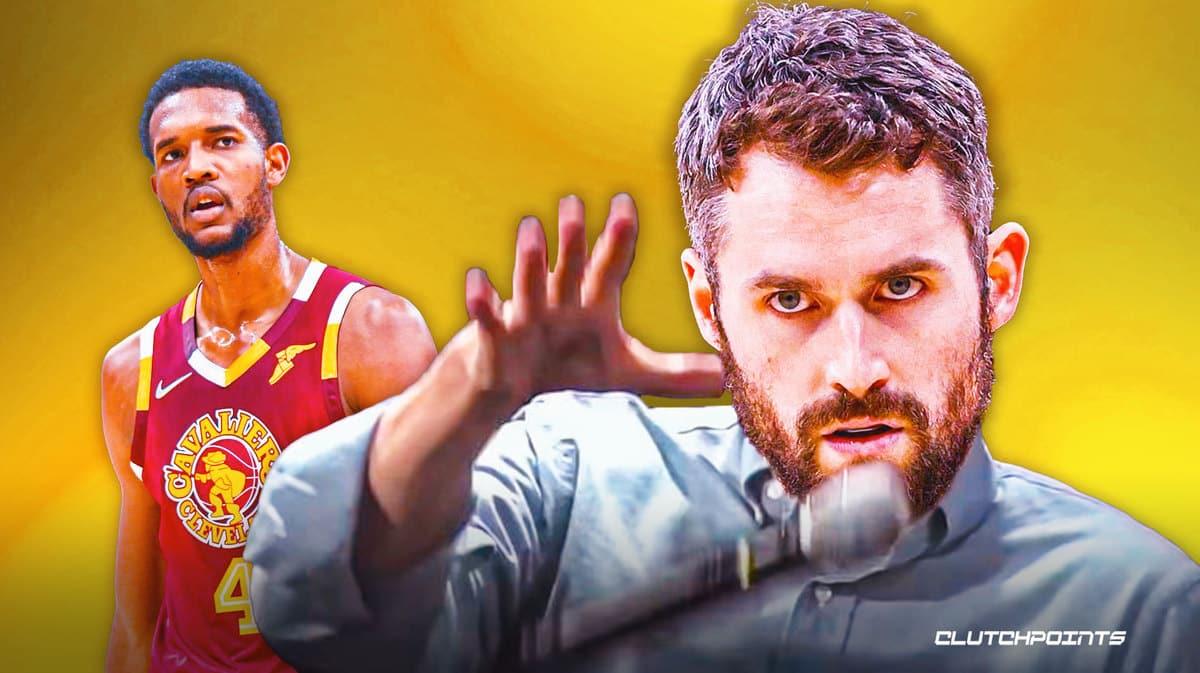 The Cleveland Cavaliers failed to make the postseason after losing to the Atlanta Hawks in the Play-In Tournament, but they have a very bright future ahead. Cavs rookie Evan Mobley is a huge part of their promising core and he was in the running for ROTY, but Toronto Raptors star Scottie Barnes just edged him out for the award. However, if you’re asking Kevin Love, he believes Mobley should’ve taken home the honors.

“I thought he should’ve won Rookie of the Year.”

The Cavs veteran completely resorted to the fact that he’s taken a backseat int the rotation to Mobley, which Love is fine with. He went onto explain just how special the big man is and the massive potential he has.

Mobley’s numbers prove just that. The former USC standout averaged 15 points, 8.3 rebounds, and 2.5 assists on 50% shooting from the field in 69 games, forming an imposing frontcourt duo with Jarrett Allen. Together, they were a force to be reckoned with on both ends.

The Cavs have all the reason to be excited about next season. Darius Garland is an All-Star, while Mobley and Allen are absolute beasts down low. Should he have won ROTY? It was close. His numbers were similar to Barnes. But in the end, what’s most important is his impact on Cleveland moving forward. If Year One was any indication, Cavs fans are in for a treat.