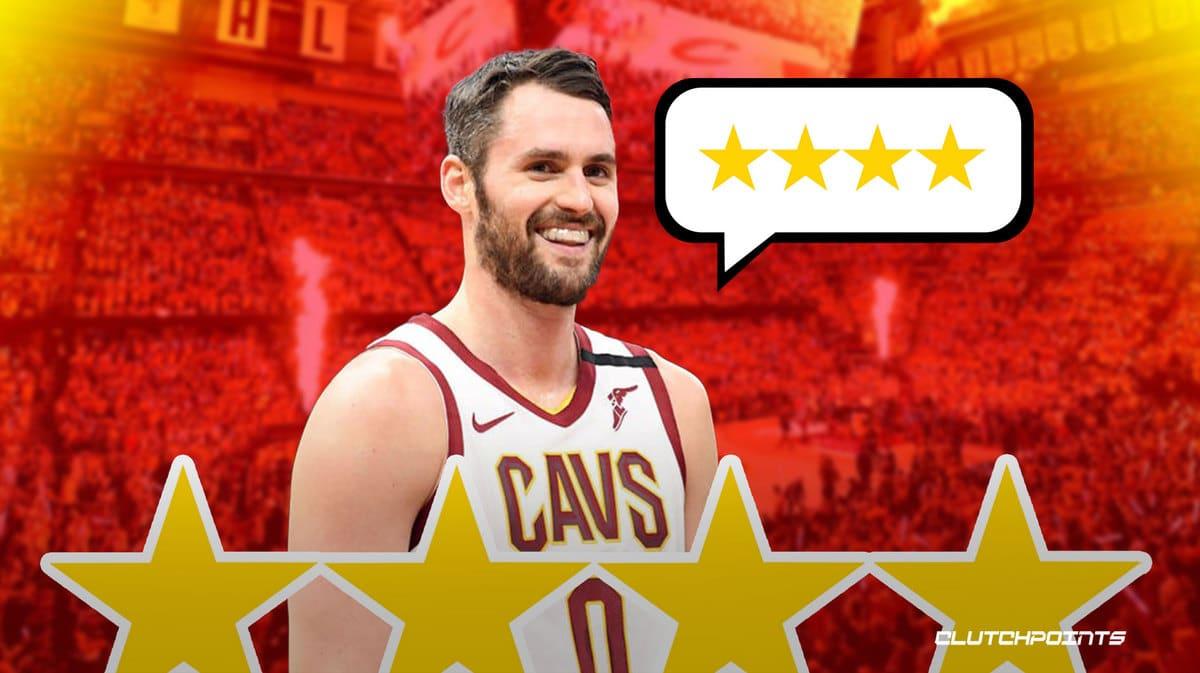 There’s a considerable amount of excitement surrounding the Cleveland Cavaliers heading into the 2022 season, especially after the team acquired star guard Donovan Mitchell in a trade this offseason. But the excitement was already there even before Mitchell’s arrival, as the Cavs possess a young core that figures to have them right in the mix as contenders in the Eastern Conference. Put it all together and it’s not hard to see why people are excited.

Consider Cavs forward Kevin Love one of those people. Speaking to reporters at NBA Media Day on Monday, Love delivered this bold Cavs All-Star take, per Evan Dammarell on Twitter.

#Cavs forward Kevin Love says he believes Cleveland has a team that could have four All-Stars.

Per Dammarell, Kevn Love said he thinks the Cavs can have four All-Stars on their team. That is a pretty bold take from Love, though it is NBA Media Day, after all!

In all seriousness though, Love has a point. The Cavs already had two All-Stars last year, Darius Garland and Jarrett Allen, and the team went out and traded for an All-Star guard in Mitchell.

Plus, it’s not out of the question to expect another leap out of last year’s rookie sensation, Evan Mobley. Having four All-Stars is tough. But the Cavs do have a legitimate path to doing just that.

Of course, as exciting as that would be for the fanbase, the Cavs and their supporters should only be focused on one thing.

Winning the Eastern Conference and making a run at an NBA title. Having four All-Stars on their squad would make that goal a lot easier, though.