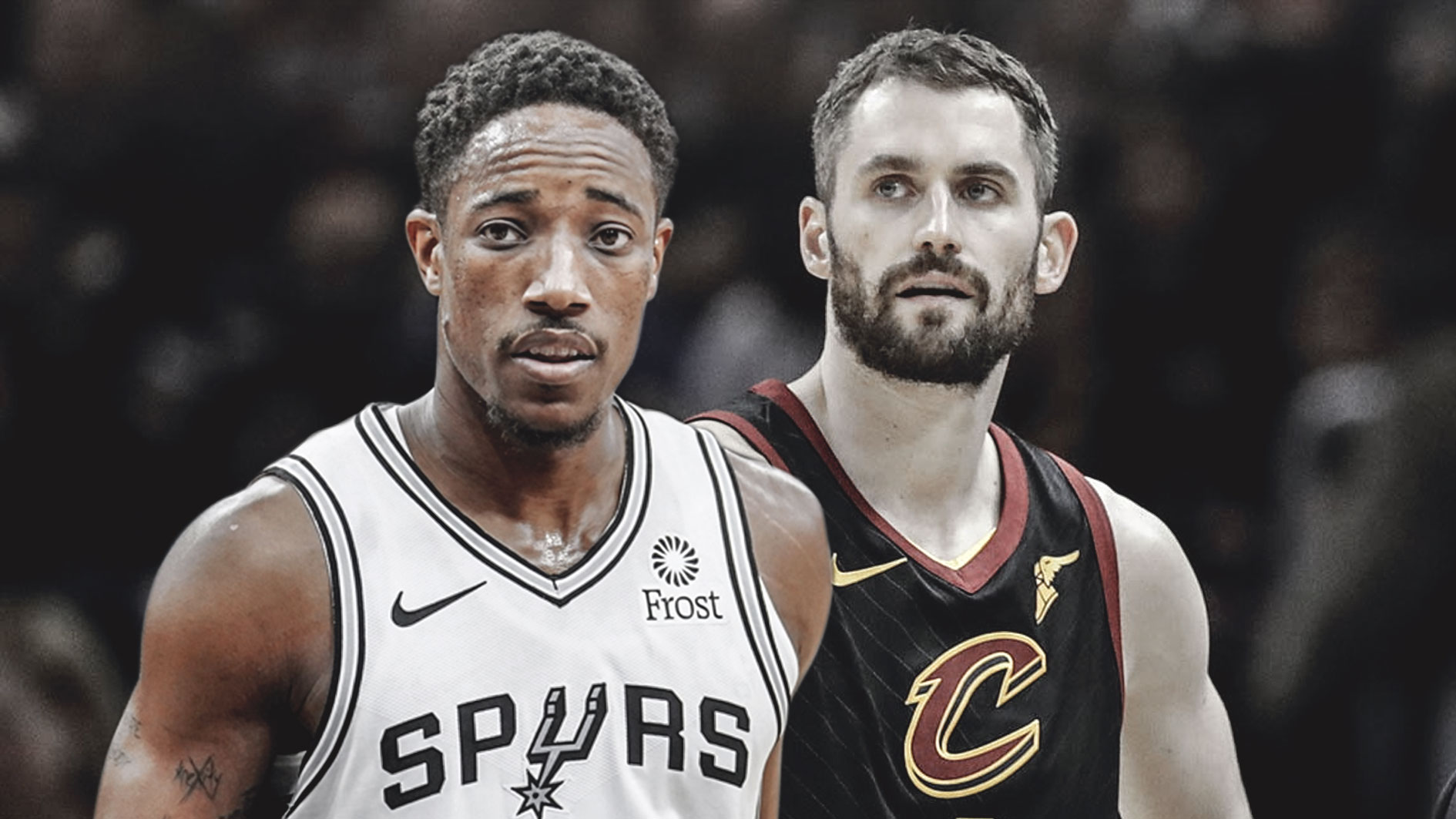 Cleveland Cavaliers forward Kevin Love is one of the leading voices in the NBA’s quest to bring the conversation about mental health to the mainstream. However, the Cavs star admits he wouldn’t be in the position if not for San Antonio Spurs guard DeMar DeRozan.

DeMar DeRozan and Kevin Love both came forward last season to publicly talk about their battles with mental health, and they continue to promote their positive message. Love, nonetheless, said that DeRozan deserves a ton of credit for paving the way for him.

The Cavs All-Star sat down with Rohan Nadkarni of Sports Illustrated to discuss a number of things, one of which was his admiration for the current Spurs player.

Kevin Love discusses his transformation from UCLA star (“30 to 40 pounds heavier, chinstrap beard, the color of snow”) to a silver fox (my words) and a face of the mental health conversation in sports pic.twitter.com/nHwm40Xn6P

“Being the face of, at least in the NBA, for mental health and mental wellness is not something or a position I ever thought I would be,” Kevin Love said.

“Really without a number of things happening, but giving a lot of credit to DeMar DeRozan for opening the door for me and speaking about it was huge and is still huge for me today. Like, he just checked in with me a couple of weeks ago. We had talked a while just about these sort of things just over text and I still every time I see him I give him a lot of love.”

“Not only for what he’s done in this league and been such a huge part of it for a long time but on that side. It’s truly special, but to where I am today and having written that article in the Players Tribune to then seeing how much seemingly was needed.”

It’s refreshing to have two stars open to discussing issues that plague many of us. Athletes don’t typically bring these issues to light, but it definitely helps move the conversation forward to have two strong and vocal advocates like Love and DeRozan.