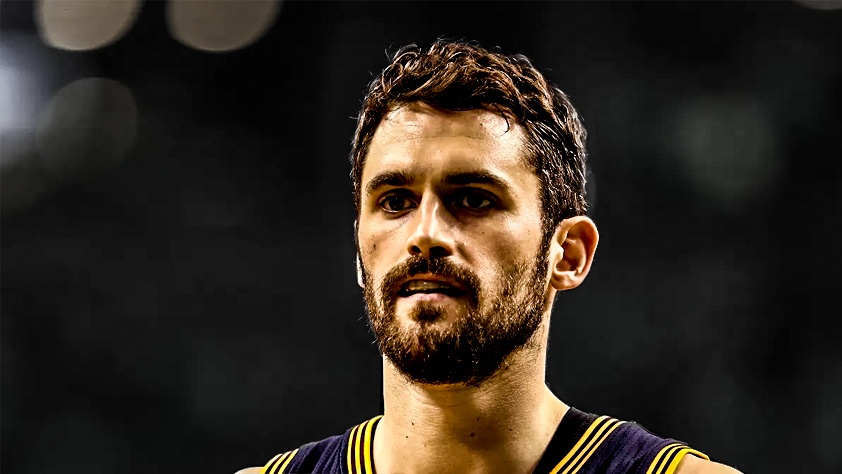 The latter part of the season has been an injury-laden nightmare for the Cleveland Cavaliers’ Kevin Love. After just five games returning from a broken hand, Love was dealt with concussion-like symptoms in the game against the Miami Heat.

As reported by ESPN’s Dave McMenamin, according to a team spokesperson, Love sat out in the second half of their 98-79 loss in Miami due to precautionary reasons.

Love showed concussion-like symptoms, according to a team spokesman, and was held out of the 2nd half for precautionary reasons. He will be re-evaluated on Weds morn, according to the team, at which point a determination will be made if he needs to enter the concussion protocol.

Under the 11-minute mark of their game against the Heat, Love was struck in the face with Jordan Mickey’s elbow. Love was floored with one front tooth visibly out of place.

Love left the game after the incident. He returned in the second quarter and was evidently not his usual self, finishing with one point, one rebound, one turnover, and two fouls in seven minutes.

Since his return, the Cavs have gone 5-0 with Love averaging 20.3 points and 10 rebounds per game over the win streak. If it is concluded that Love has to sit out some games, either Larry Nance Jr. or Tristan Thompson is expected to take over his spot.

Without Love, LeBron James is the main offensive initiator on the roster. The two have been a formidable duo. Love constantly stretches the floor allowing James to operate. There have been some struggles to coexist, no doubt. But whenever Love is on the court, productivity is always automatic.

The Cavs are off to face the Charlotte Hornets next on the road. After that, they’ll be on a five-game homestand against the New Orleans Pelicans, Dallas Mavericks, Toronto Raptors, and the Washington Wizards.