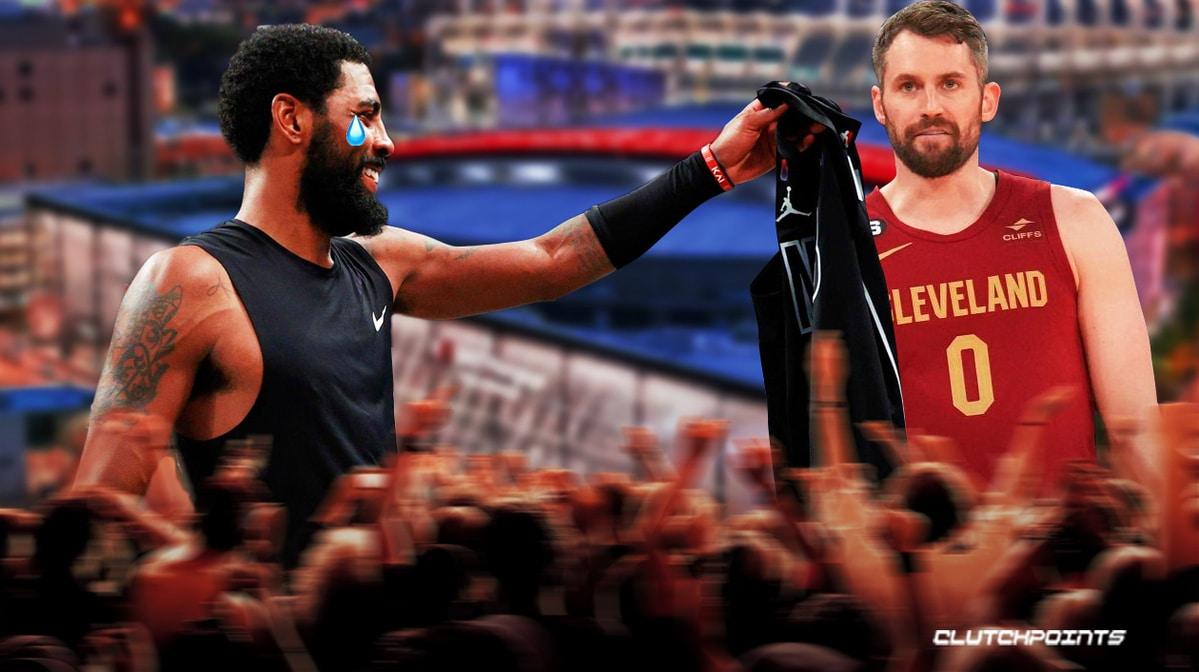 Cavaliers forward Kevin Love said he believed Brooklyn Nets guard Kyrie Irving’s jersey should be retired after earning the awards, the astonishing moments and the team’s first ever NBA championship, putting it in the same rafters as Larry Nance, Zydrunas Ilgauskas and Mark Price.

“Without a doubt,” Kevin Love told cleveland.com. “Absolutely. Right away, after his career ends. It’s not even a question to me. He needs to be up there.

“He made the biggest shot in franchise history and one of the most important shots in Finals history when you consider how it all went down. What it meant for the city, what it meant for his legacy, LeBron’s legacy and everything else, including that Golden State team that became a dynasty and was historically great.”

Irving is one of the Cavs’ two Rookie of the Year award winners and earned four All-Star selections during his time as a Cavalier.

Even when he felt like a “lone ranger” in his quest to bring the city of Cleveland its first championship since the Jim Brown-led Cleveland Browns in 1964, Kyrie Irving said he knew the lessons he learned with the Cavs would stay with him for the rest of his NBA career before his jersey is potentially retired.

“We had a heck of a team that did something special here,” Kyrie Irving said. “That’s forever sketched into NBA history. No matter what they say about me, or anybody else, they have to talk about that team.

“It takes building a great team to do something special. I understand that. I don’t take this moment that I’m in for granted because it took all those times for me to go through here in Cleveland to achieve something special. Cleveland’s never in the rearview, but it’s definitely something I look back to to remember what it takes to be a champion.”