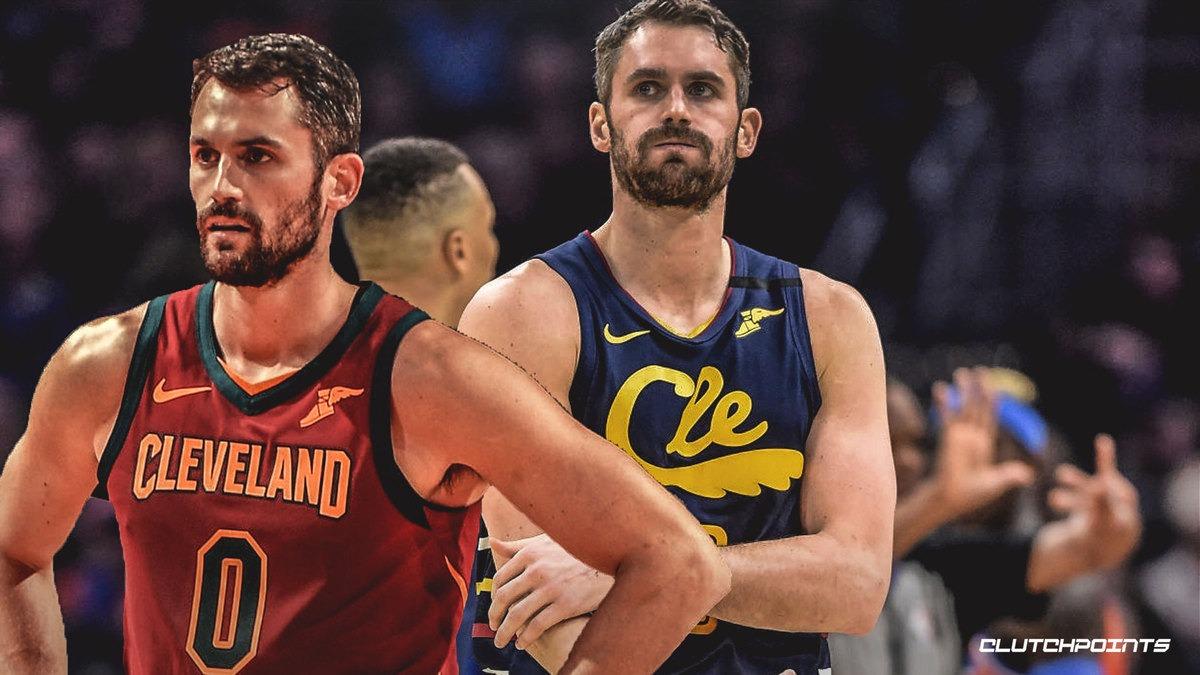 Cavs All-Star Kevin Love has made headlines for the wrong reasons in recent days, as reports indicating that he is unhappy have begun to surface. His frustration came to a boil in the second quarter of Sunday night’s game against the Oklahoma City Thunder, when he hurled an errant pass towards Cedi Osman.

Love was being guarded by Thunder point guard Chris Paul in the post on the aforementioned play. It was a favorable matchup, so the former UCLA standout began calling for the ball from Collin Sexton, who was dribbling behind the three-point line. First-year Cavs head coach John Beilein had other plans, though.

Instead of dumping the ball to Love in the post for an attempt over Paul, Beilein motioned for a screen at the top of the key. Love raised his hands as if to say, ‘Do you see who’s guarding me?,’ but he ultimately made his way back towards Sexton.

Sexton tossed Love the ball at the three-point line. A frustrated Love then zipped a pass over to Osman, who barely managed to wrangle it in:

On Tuesday morning, Love basically apologized for his recent outburst, noting that he let his emotions get the best of him:

“I let my emotions get the best of me and I can’t do that,” Kevin Love said, via Angel Gray of FOX Sports Ohio. “Starting on New Year’s Eve, I wasn’t acting like a 31-year-old but a 13-year-old.

“It’s been tough, especially with our record, but I love my teammates and have to be better.”

"I love my teammates and have to be better."

Watch the full interview as @kevinlove cleared the air ahead of #CavsPistons: https://t.co/qpM420Kwzypic.twitter.com/fwlBN67HMF

The rebuilding Cavs have indeed struggled through the first half of this season, as Love noted. The team is currently holding a 10-26 overall record, which is 13th in the Eastern Conference standings. Still, there is no excuse for such outbursts or show-ups on the court. It’s simply not a good look, especially for a player like Love, who is once again hearing his name in trade rumors.