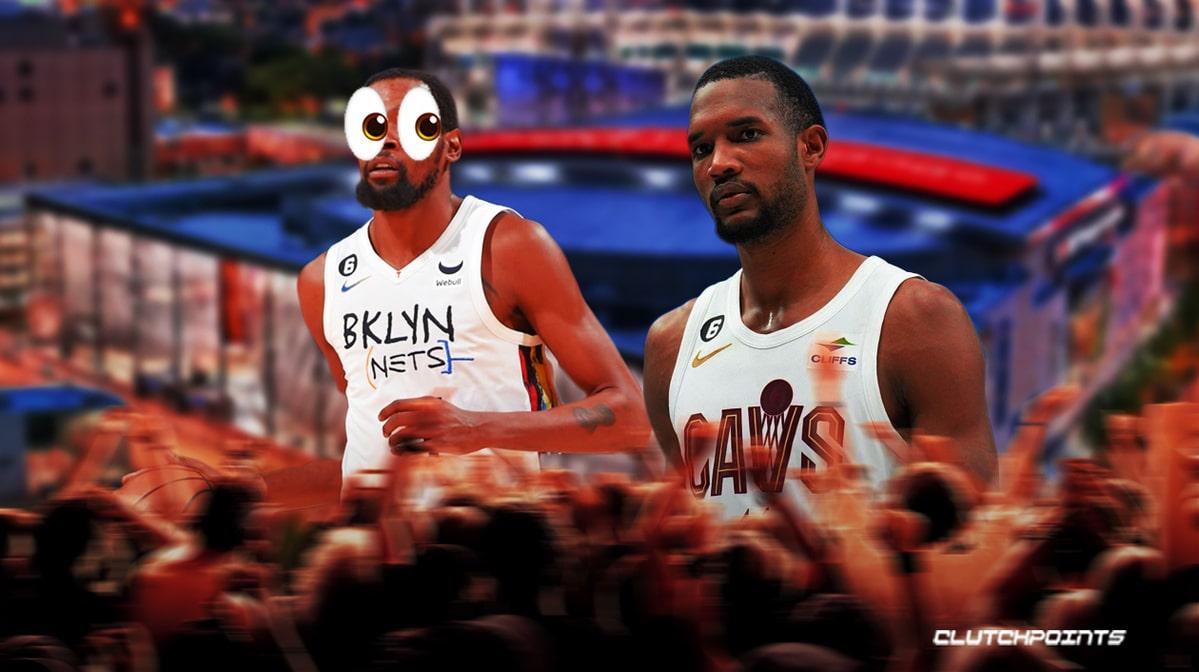 “Just versatile,” Kevin Durant said of Mobley’s game at the Nets’ shootaround on Monday morning. “A lot of guys coming into the league who can do pretty much all things on a court, and he’s one of those guys that can dribble, that can guard, block shots, shoot 3s, finish over the rim. So, he showcased that this summer.

“Seeing his work ethic up close is something I wanted to see as a fan of the game because you can see the potential if you see a guy work. And he puts in a lot amount of work, and he cares about the game. So it’s a bright future for him here in Cleveland.”

Though Evan Mobley was limited to 12 points on the night as he faced both Kevin Durant and center Nic Claxton in Rocket Mortgage Fieldhouse, Mobley fought hard through Cavs pick-and-roll situations and avoided the extra attention on the interior when he scored 10 points in the paint.

Cleveland Charge forward Isaiah Mobley, who put up a dominant performance in the recent G League Winter Showcase, also played a part in pickup games against Kevin Durant and other NBA stars.

“He was a super cool guy,” Isaiah Mobley said of Durant. “We didn’t really know him at all prior, and so like being able to play against a guy like his statue and just a natural hoop environment like the open gym was super cool.

“Him giving us pointers and then just playing against him definitely gets you better and prepares you for a league like this.”