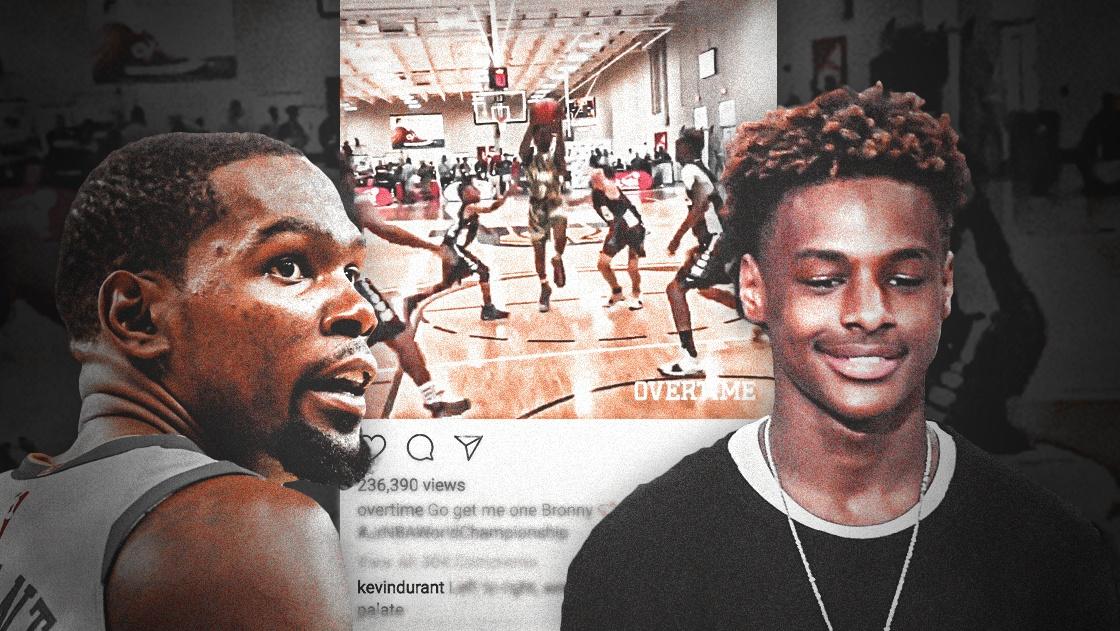 Even in the offseason, Golden State Warriors star Kevin Durant can’t get enough hoop action, looking at some of the up-and-coming talents for the distant future. Among them was LeBron James Jr., who has excelled through the AAU circuit and during summer leagues at an early age.

Kevin Durant has been known to dissect the game and its finer aspects, and here he admires the complexity of this finish, doing things on the basketball court that other players his age usually don’t dare to do.

The love is also a nod to his father, who is one of the NBA’s best finishers at the rim and has certainly passed on his exquisite taste of finishing at the basket to his son, who seems bound for the big league once his time is due. In fact, if the elder James keeps up his high level of play until he’s 39 or 40 years old, he might just realize his greatest goal if he eventually shares an NBA floor with his son.

At this rate, too, LeBron James Jr. could even face the Warriors superstar if the former makes the NBA five or six years from now.