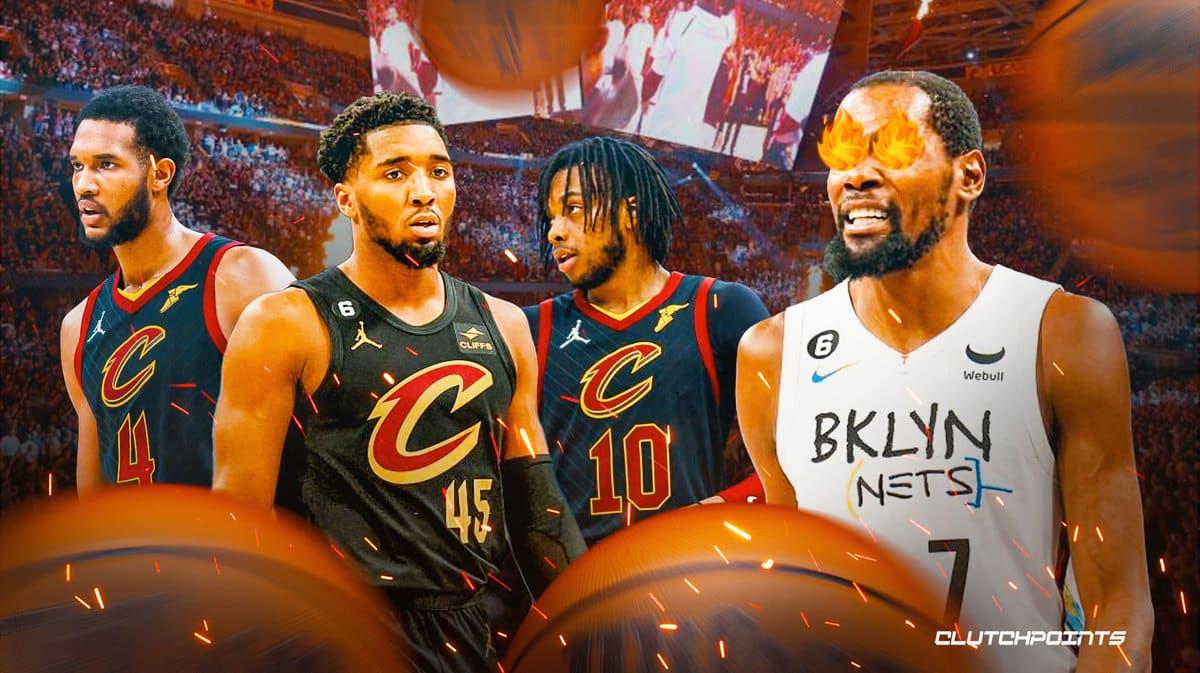 The Cleveland Cavaliers have grown so much this 2022-23, establishing themselves as legitimate title contenders instead of just a team fighting for the playoffs. So what changed for the team this season? For Brooklyn Nets star Kevin Durant, it’s simple: Donovan Mitchell.

Speaking to reporters after helping the Nets take down the Cavs on Monday, Durant shared why he thinks Mitchell is the reason the Wine and Gold are able to take a major leap. The Cleveland roster features several All-Star talents in Darius Garland, Evan Mobley and Jarrett Allen, but for KD, the former Utah Jazz guard brings something else to the team.

“(Donovan) Mitchell is the main key to that, and he is probably the main reason why they took this leap,” Durant said of the Cavs’ growth this campaign before noting that continuity also plays a role in their success, via Robert Fenbers of Cleveland.com.

Durant continued: “You see all that, but on top of that, Donovan Mitchell is the key to this change for this team, and it’s the reason why you look at them as contenders at this point. He is such a dynamic, dynamic player since the moment he has stepped into this league.”

Donovan Mitchell struggled mightily in their loss to the Nets, scoring just 15 points on 5-of-16 shooting overall and 3-of-9 from the 3-point line. However, as Kevin Durant highlighted, that doesn’t diminish the high-impact play that the explosive guard has brought to the Cavs.

Mitchell remains Cleveland’s top scorer with 28.5 points per game. He is also second on the team in assists with 4.5 dimes and first in steals with a 1.4 average. With that, no one can deny how much of a boost he has provided the Cavs in their bid to return to the NBA Finals in the post-LeBron James era.

Of course fans would love to see Mitchell get over his slump, but considering the player he is, it shouldn’t take long.