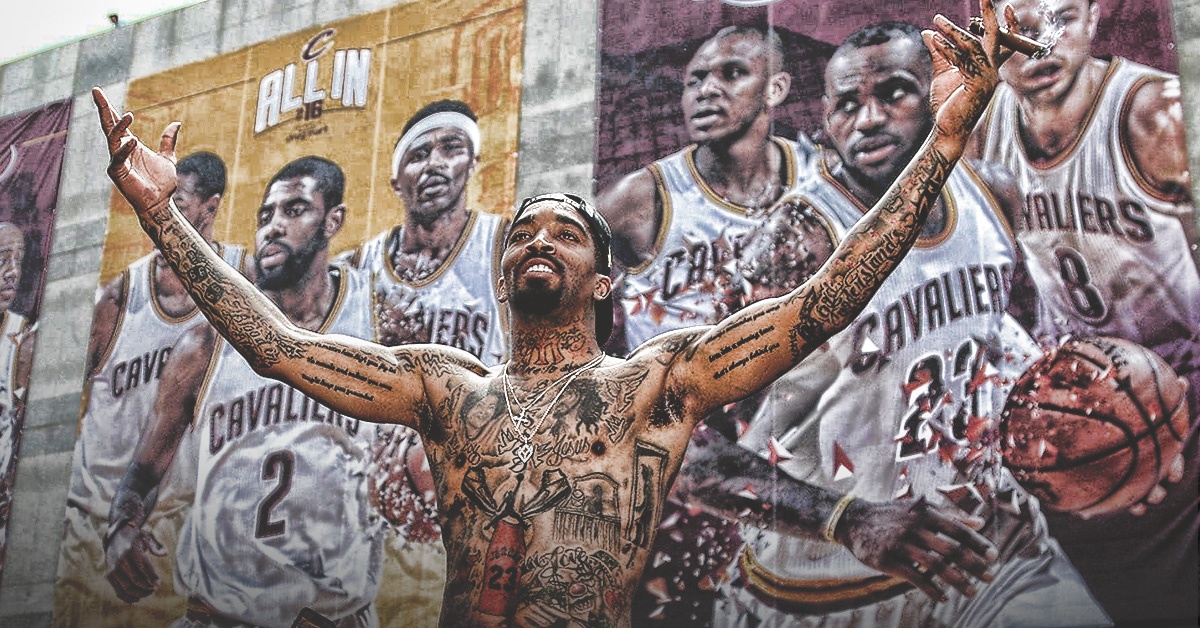 Just when you thought that there is no more real estate on J.R. Smith’s body to accommodate any more ink job, here’s the Cleveland Cavaliers sharpshooter sporting a fresh “Supreme” tattoo on his right calf.

Appears Swish got himself a calf-length Supreme tattoo pic.twitter.com/nNuqrSIaUo

This is not the first time that Smith has allowed himself to be covered by something related to the clothing company. Just last season, he was seen wearing a Supreme sleeve on his left arm. But with the tattoo, Smith has definitely taken his dedication to the streetwear into the next level.

Also, last March, Supreme released images of Smith modeling a product of the company’s collaboration with Nike and the NBA, one that looked as though it was the basketball version of a NASCAR driver’s uniform.

J.R. Smith is all in to help drive forward the Hypebeast culture that continues to grow in popularity among today’s youth.

Speaking of uniforms, there’s a rumor of a possibility that Smith could be wearing a new one next season. It was recently reported that the Houston Rockets have “kicked the tires” on trading for the 32-year-old shooting guard in hopes of ridding themselves of Ryan Anderson’s salary. Smith, who averaged 8.3 points, 1.8 assists, and 2.9 rebounds per game last season, has two more years left on his current contract.