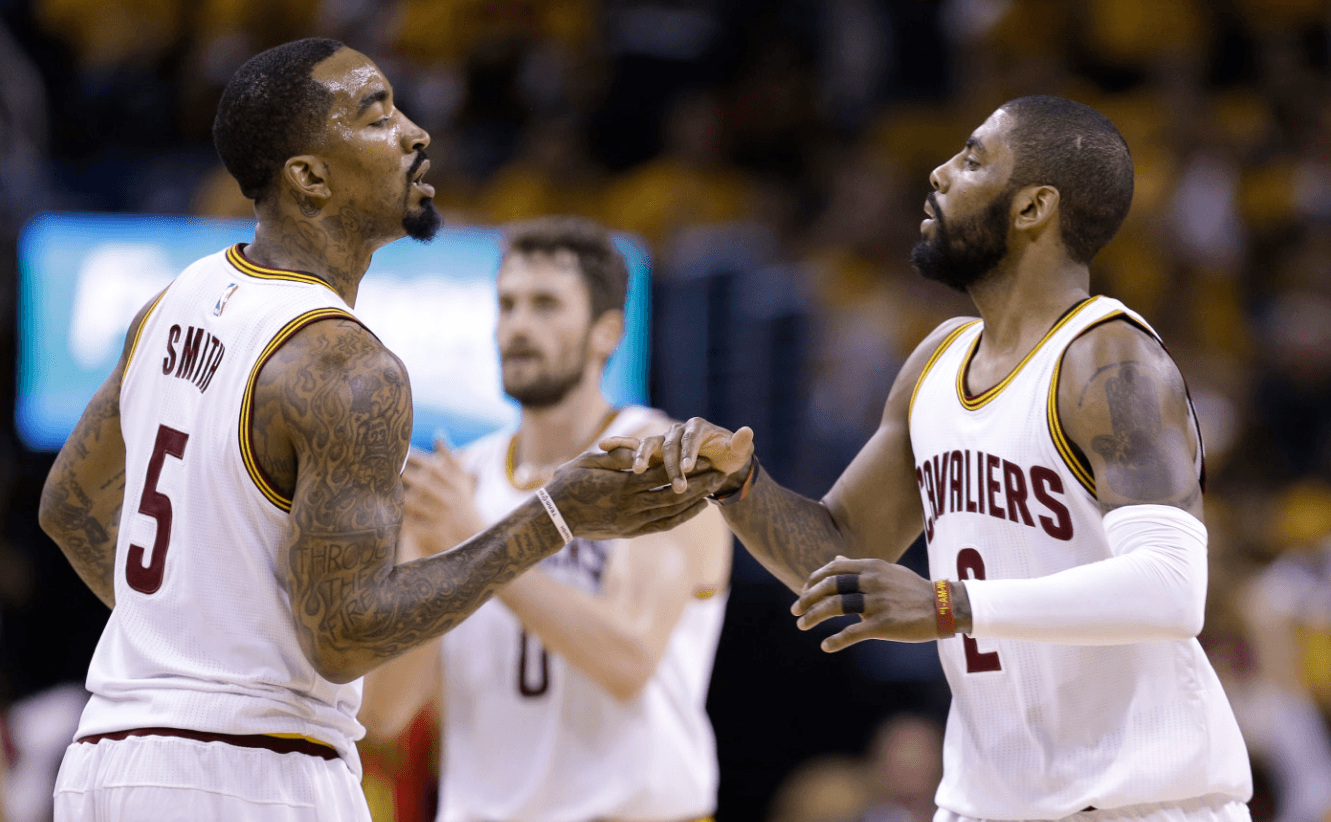 With Irving now a member of the Boston Celtics, much has changed within the team especially after how things unfolded. According to Nikki Goel of ClutchPoints, Smith touched upon his former teammate’s decision to want out of the Cavs but respected his choice.

J.R. was asked if he was disappointed Kyrie wanted out: “Yeah, I think we all were. But he feels he did what was best for him.”

It was a move that deflated the bubble of many of his teammates given that the Cavs had come off their third straight NBA Finals appearance and looked to have constructed something special and durable over the next several seasons. Despite all of that, J.R. Smith did not voice any harsh feelings toward Kyrie Irving in regards to the Cavs honoring the new Celtics point guard with a video on Tuesday night.

J.R. on Cavs honoring Kyrie Irving with video: “He’s a great player, in my eyes a good teammate, helped us win a championship. It’s good.”

During his tenure with the Cavs, Kyrie Irving was a well-respected player on the team that had also garnered a strong connection with the city of Cleveland. He helped lead the franchise to it’s first NBA title that included knocking down the biggest shot in team history with the 3-pointer to seal the win in Game 7 of the 2016 NBA Finals over the Golden State Warriors.

There was a sense of some bitterness toward how the entire situation unfolded but has been overlayed with respect for the contributions that Irving made while with the Cavaliers.

JUST IN: Derrick Rose says Kyrie Irving is similar to him but relies on his jumpshot more
Related TopicsCavaliersCelticsJ.R. SmithKyrie Irving