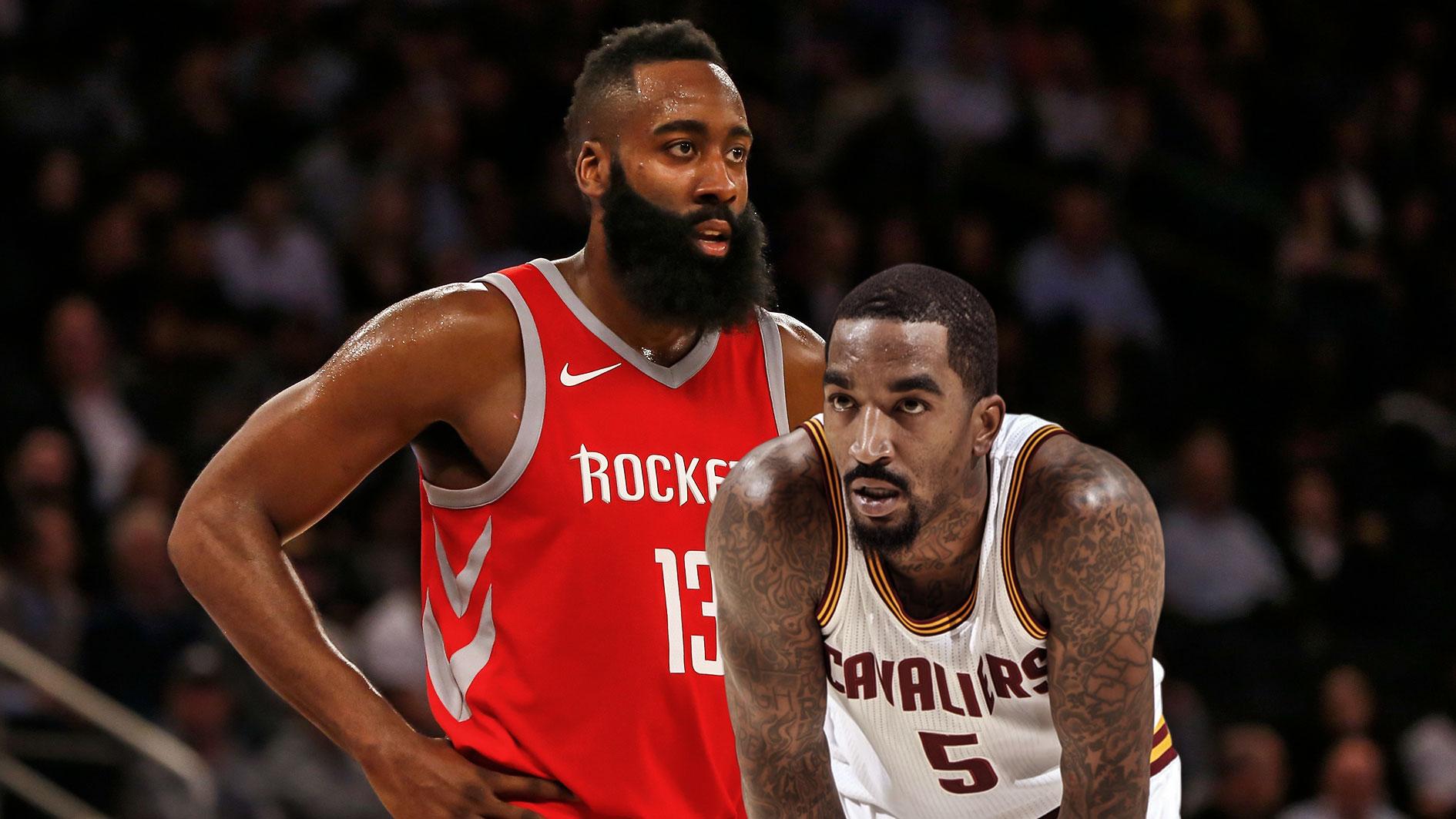 Ahead of Saturday night’s matchup between the Cleveland Cavaliers and Houston Rockets, guard J.R. Smith is already preparing himself for the inevitable as the Cavs shooter will undoubtedly square up with superstar and MVP candidate James Harden on the floor.

Stopping Harden is, in fact, the biggest challenge for the team in order to come out with a win.

Harden is averaging 31.5 points, 9.1 assists, and 5.1 rebounds per game this season, which has been instrumental in helping carry the Rockets to a 37-13 record. One of his biggest weapons against tight defenses is his patented step back jumper that has caused a bit of controversy as of late.

Golden State Warriors coach Steve Kerr replied to a tweet by the NBA’s Twitter account about Harden’s signature move, pointing it out as a travel and adding that the league won’t call it because they love scoring.

A mild amount of controversy has been stirred since then regarding step back moves and euro-step layups, both which Harden loves to use frequently in games.

Smith was asked by ESPN’s Brian Windhorst if he has watched any film in preparation for his battle with the bearded guard, to which he replied “No.” Not only did he not watch any film but he didn’t seem bothered by the notion of what’s ahead because Smith feels like it will be an easier assignment for him because he has seen it all before, and even worse.

JR Smith on playing against James Harden in summer pickup games in LA:

"That’s even worse because he carries & holds & does all that other stuff. They don’t call it in the league, but it’s even worse in the summer."

The goal is to contain Harden’s numbers rather than suffer a 60 point triple-double type night from the hands of the 6-6 Rockets guard. It may or may not have been a mistake to be diligent regarding the task at hand simply because the Rockets are red hot right now, looking for their 4th win in a row, and are surging when both Harden and Chris Paul are in the lineup together.

Although the Cavs have been struggling to put together their complete defensive game all season, it’s going to take a total team effort to win against one of the Western Conference’s powerhouse teams.