Clarkson is set to make $13,437,500 this season, the final year of his contract. This past season with the Cavs, Clarkson averaged 16.8 points, 3.3 rebounds and 2.4 assists while shooting 44.8 percent from the field, 32.4 percent from beyond the arc and 84.4 percent from the free-throw line. The 27-year-old came off the bench for Cleveland. The Cavs won just 19 games.

Clarkson is a microwave scorer for the Cavs. He began his career with the Los Angeles Lakers. Cleveland acquired Clarkson at the 2018 February trade deadline in the Isaiah Thomas trade.

Paul has quite the list of clients now, headlined of course by LeBron, Anthony Davis, Draymond Green, John Wall, Ben Simmons and Eric Bledsoe. We can now add Clarkson to this list.

The Cavs could look to trade Clarkson during the 2019-20 season to get some value in return. There may be a contender who has interest in acquiring a scorer like Clarkson. 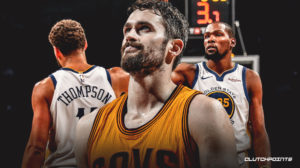