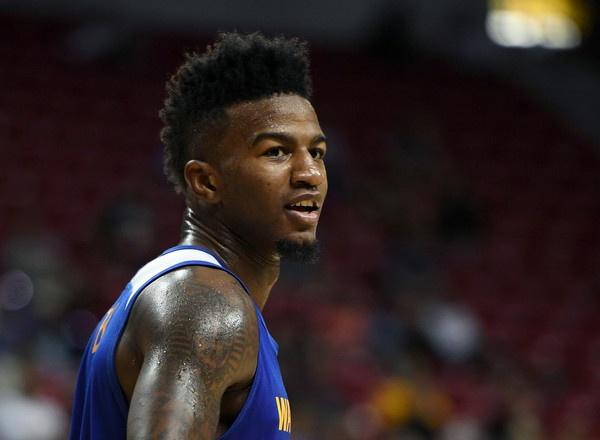 Free-agent forward Jordan Bell has agreed to a two-year deal with the Cleveland Cavaliers, according to Shams Charania of The Athletic.

Because he was waived after March 1, only the eight teams outside of the resumption of the 2019-20 NBA season were able to sign Bell, according to ESPN Insider Bobby Marks.

Bell spent his first two seasons with the Golden State Warriors after being selected with the 38th overall pick, one the organization purchased from the Chicago Bulls.

He was given a qualifying offer at the end of the 2018-19 season but chose to sign with the Minnesota Timberwolves in free agency. Midway through the season, he was part of a four-team trade, shipped alongside Robert Covington to the Houston Rockets. The next day, he was traded to the Memphis Grizzlies for Bruno Caboclo and a 2023 second-round pick swap.

He was waived by the Grizzlies on March 2  — one day after the deadline to make him eligible for the rest of teams. On March 11, Washington Wizards affiliate Capital City Go-Go announced that they had claimed Bell off of waivers.

Bell is now part of his fifth organization in only three years in the league.

A capable shot-blocker, Bell holds career averages of 3.8 points, 3.1 rebounds, and 1.3 assists in 154 games. The four-year Oregon product has averaged 12 minutes per game throughout his career.