The 29-year-old stated that he will instead focus on his preparations for the upcoming season.

“Unfortunately, I will not be available to play in the next FIBA ​​qualifier to make sure I am completely healthy and ready for the next NBA season,” read Holland’s official statement (translated from Spanish via Google Translate).

Holland was a standout from Boston College during his stint between 2007 and 2011. He was awarded as the America East Conference Men’s Basketball Player of the Year during his senior year, after leading the conference in scoring for two consecutive seasons.

Holland would then spend the next four years of his career playing in Europe. The 6-foot-5 guard/forward had stints in France, Spain, and Turkey.

In 2015, Holland signed with the Canton Charge (the affiliate team of the Cavs) of the NBA G League, and came one step closer to finally achieving his dream to play in the NBA.

After very brief stints with the Boston Celtics as well as the Cavs in the 2016-17 season, Holland finally got his big break last year. The Cavaliers signed Holland to a two-way deal in September of 2017, and he was able to suit up for a total of 24 games with the team last season. Nonetheless, he averaged only 7.3 minutes per ballgame, and had an output of 2.3 points, 0.5 three-pointers, and 1.0 rebounds per contest.

Holland is still under contract with the Cavs for the upcoming season, but there appears to be no significant bump in the role he is set to play for the team. 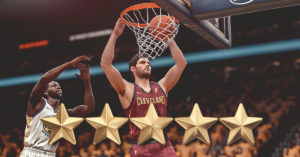