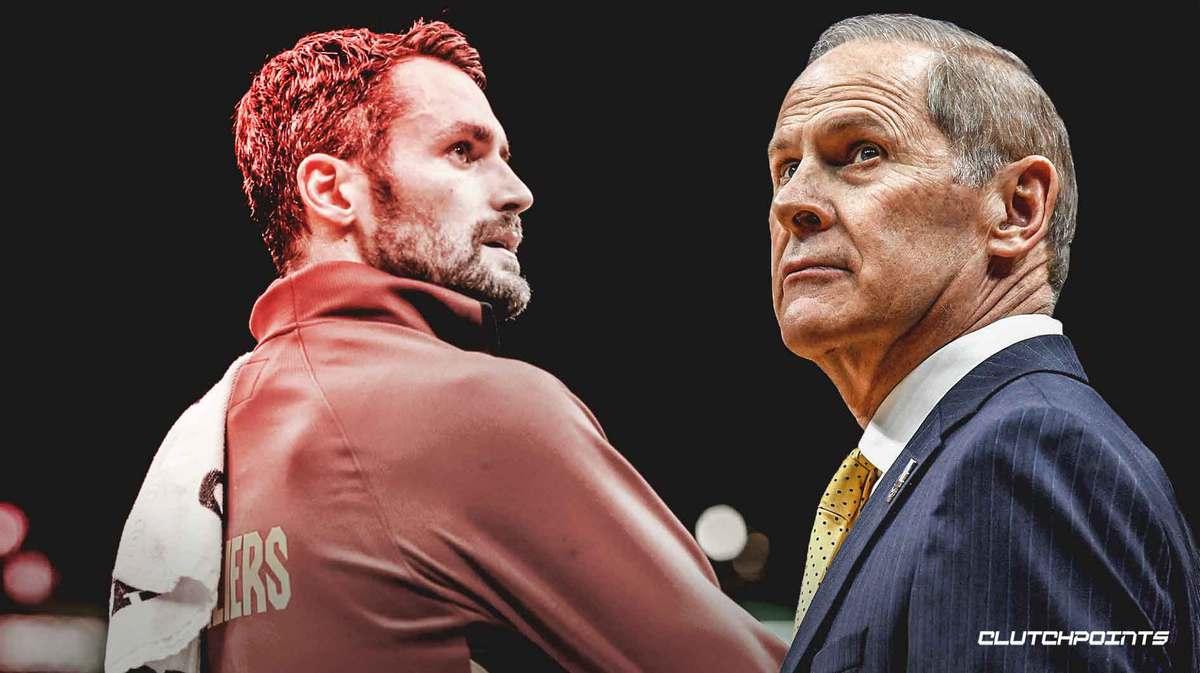 Cleveland Cavaliers forward Kevin Love is no longer hiding his frustrations towards the disenchanted Cavs franchise.

After reportedly figuring in a heated argument with Cavs general manager Koby Altman in front of his teammates, Love’s resentment with his current situation carried over in the team’s 106-121 loss to the Oklahoma City Thunder on Saturday.

With under 30 seconds remaining before halftime, the 31-year-old forward had himself a mismatch on the low block against Chris Paul. But for some reason, the team’s point guard Collin Sexton refused to give up the possession, forcing Love to come outside the paint to receive the pass.

The 31-year-old vet immediately aired his disgust shortly after, zipping an errant pass to Cedi Osman.

Love, who played 30 minutes and finished with 12 points and three rebounds, discussed what happened in that sequence, per Cavaliers writer Sam Amico.

“We were in the bonus and Chris Paul was on me. I thought we should swing it. … Yeah, I was frustrated,” Love admitted.

Cavs head coach John Belein later came to the defense of the five-time All-Star and assumed the blame for the missed opportunity.

“That was my mistake. I wanted us to get the last shot. He had Chris Paul posted up. I didn’t see it, ” Beilein explained.

Kevin Love was part of Cleveland’s first and only championship back in 2016. Pundits, however, were surprised when he resigned with the Cavs  last year despite knowing that the team will likely be on a rebuild after the departure of LeBron James.

His massive contract (four years, $120 million) makes it complicated for teams to trade for him now, especially considering his age and history with injuries. Love has suited up in only 22 games for the Cavs last year and looks like a shell of his former self during his days with the Minnesota Timberwolves.

He is averaging 16. 4 points and 10.3 rebounds this season while shooting 44.7 percent from the field and 37.6 percent from downtown.