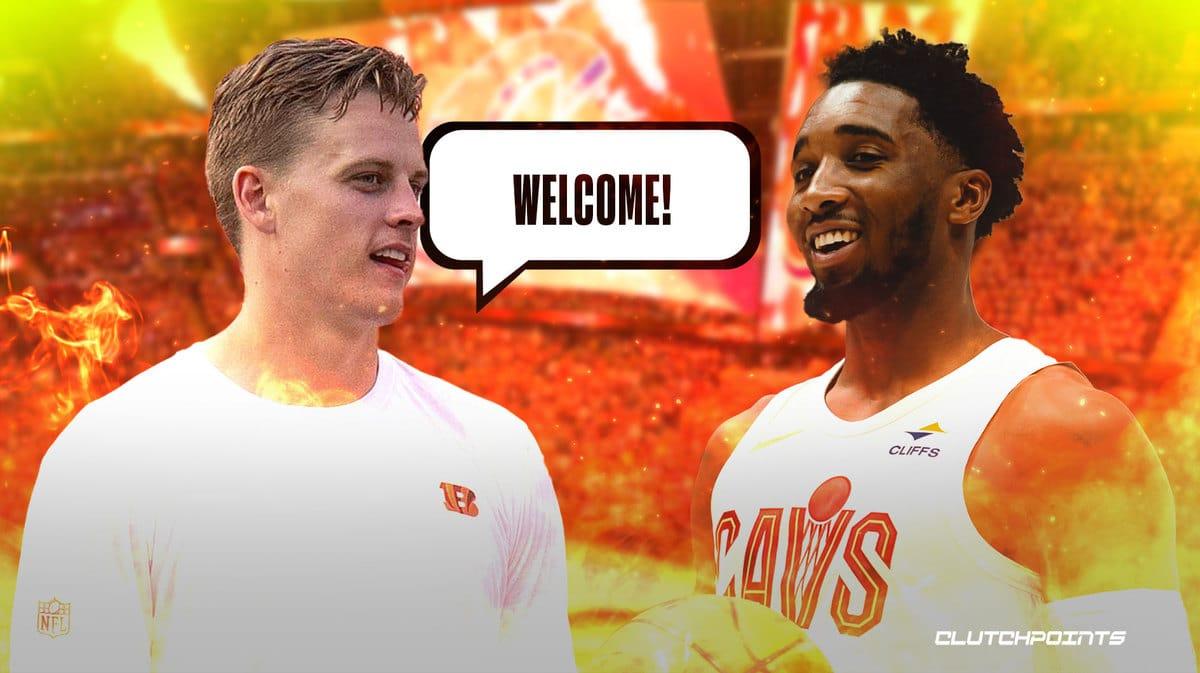 The Cleveland Cavaliers pulled off a blockbuster trade for Donovan Mitchell earlier this month and he got a warm welcome from an Ohio native who has loved the Cavs since he was young. Cincinnati Bengals quarterback Joe Burrow texted Spida right after the deal was done.

Burrow grew up a Cavs fan during the LeBron era

As noted, Burrow was a big Cleveland fan when LeBron was wreaking havoc in the city. Classy move from the QB to reach out to Mitchell.

The Cavs are looking very scary with Donovan Mitchell now in their backcourt alongside Darius Garland. With the twin towers of Evan Mobley and Jarrett Allen too, J.B. Bickerstaff’s squad could potentially have four All-Stars in their first unit.

The Eastern Conference is obviously stacked with quality, but there is no reason Cleveland can’t be a top-four team if they all stay healthy and gel. Mitchell even revealed in his introductory press conference that Burrow and Browns CB Denzel Ward reached out. Via Cincinnati.com:

“I know he’s not in Cleveland, but Joe Burrow hit me up, so appreciate you, Joe,” Donovan Mitchell said in his introductory press conference, adding that Browns cornerback Denzel Ward also said something to him.

“Just knowing a few guys and that love shown I think is truly a blessing,” he said.

Exciting times ahead in Cleveland. Mitchell might not be the focal point of an organization anymore like he was in Utah, but he’s got more talent around him to make a run at a possible championship in the very near future.