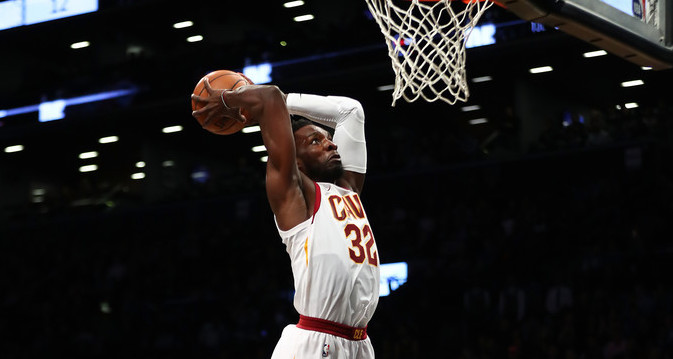 When Jeff Green joined the Cleveland Cavaliers in the 2017 offseason, most fans of the team weren’t sure what to expect. “Who is this guy?,” they asked. “His name is so ordinary,” they said. Now, with the proverbial cat out of the bag, those same fans are singing a different tune.

Originally, Green, now 31 years of age, was going to be LeBron James’ backup at small forward. However, for a variety of reasons, Cavs head coach Tyronn Lue has used the former Georgetown Hoya at nearly every position on the floor.

“I didn’t know what to expect,” Green recently told Joe Vardon of Cleveland.com. “I didn’t have any expectation. When I talked to T. Lue — we didn’t know back then, didn’t know the personnel that was going to be all in the locker room. It was just, ‘Jeff come in and be Jeff.'”

Coach Lue and Green go back further than some might realize. In fact, Jeff Green played under Lue when he was an assistant with the Boston Celtics.

“A little older, a little wiser, but he’s always been the same player,” Lue said of Green. “All-around, talented passer, can dribble, can shoot it, can post up, can make plays. The biggest thing I think now is defensively. We didn’t do it in Boston, just having a chance to put him on the point guards, the 2s, 3s, 5s, whatever, and he’s been able to guard those guys. The biggest step for him has been defensively, he’s been a lot better.”

“One of the Cavs’ most effective groups — Green, James, Dwyane Wade, Kyle Korver and Channing Frye — is outscoring opponents by 26.1 points per 100 possessions,” Vardon writes. “It has an offensive rating of 115.9 and defensive rating of 89.7 in 72 minutes.”

“I think that pretty much sums it up. I was young when I got to Boston, coming from a team in Oklahoma City where we were all young,” Green said. “I’m more mature, more understanding of the game. I think that’s all that has changed. I’m still the same player as far as playing positionless basketball. But more mature. I understand the game a lot better than I did when he first met me.”

Though his path has been winding, Jeff Green seems to have found a niche in Cleveland, and Cavs fans are certainly glad to have him. 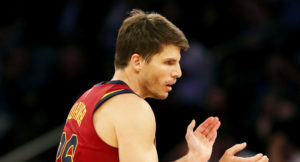