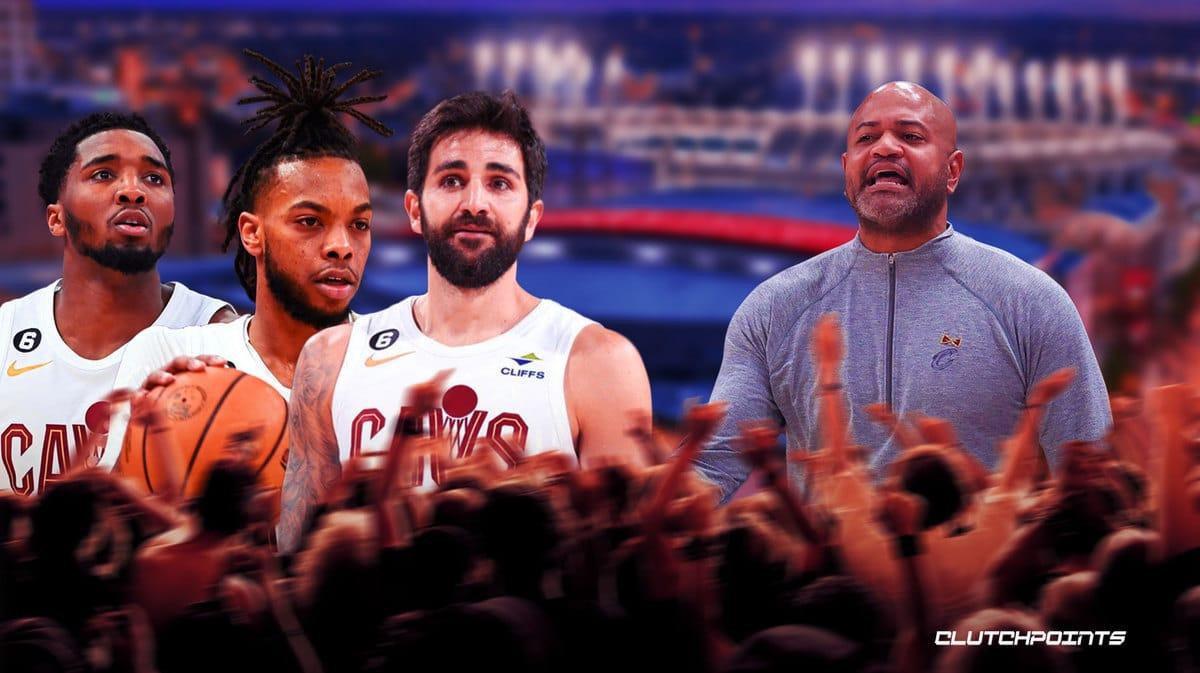 Cleveland Cavaliers head coach JB Bickerstaff took the time to think about how often he could use a three-guard lineup with Donovan Mitchell, Darius Garland and Ricky Rubio following a loss to the Minnesota Timberwolves.

“I think there are certain nights, depending on matchups, that we can get to it,” JB Bickerstaff said in a postgame press conference. “It’s going to be about feel, how we’re working Ricky back in and if those guys can get comfortable playing with him.

“I know Darius and Donovan, individually, have had success playing with Ricky. It’s just a matter on if we can put them all out there together and seeing what happens. There’s no reason why it can’t. You just have to look at your defensive matchups and your schemes when they’re out there.”

JB Bickerstaff and Cleveland went even further into experimenting with small-ball lineups as the seemingly-secure victory for the Cavaliers dragged on in the Target Center. The Cavs rolled out a lineup featuring all three guards with guard Caris LeVert and center Jarrett Allen during the closing minutes of the second quarter, according to a tweet from Cleveland.com Cavs reporter Chris Fedor.

The four-guard lineup kept a consistent pace with the Timberwolves in its three minutes of usage, highlighted by a finger roll layup from Garland and free throws from Donovan Mitchell before forward Lamar Stevens subbed in for Darius Garland and forward Isaac Okoro subbed in for Ricky Rubio.

The three-guard Cavs lineup, Bickerstaff said, could be a formidable one for opposing defenses in the future.

“They’re threats,” JB Bickerstaff said. “They’ve got decisions to make on who they’re going to put where defensively, matchup wise. You’ve got a guy who’s the ultimate playmaker. You’ve got guys who can move and run off screens. Now they’re chasing them. Now your big guys eat because they’re being used as decoys some also.