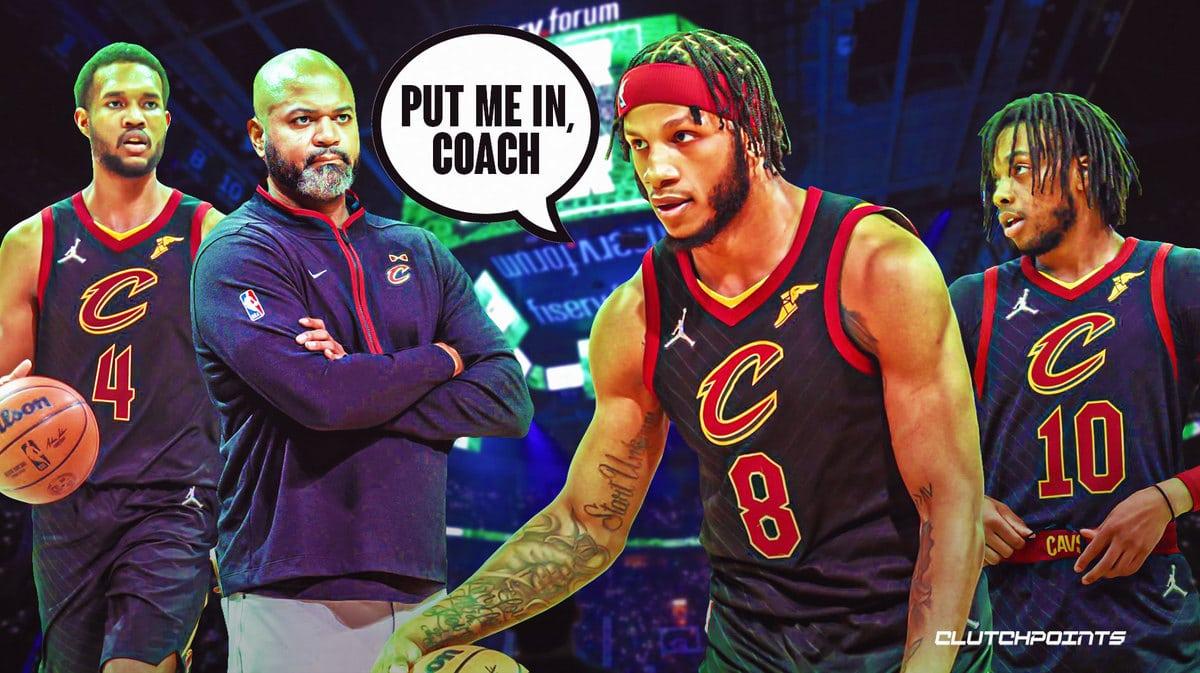 Though guard Darius Garland’s 51 points ultimately stole the show in a 129-124 win by the Minnesota Timberwolves, Cavaliers head coach J.B. Bickerstaff ensured no bright spot was left behind when he spoke to the media following a Tuesday practice.

Forward Lamar Stevens proved to be a reliable piece amid Cleveland’s four-game losing streak, earning himself 30 minutes and a starting spot when the shorthanded Cavs took to Rocket Mortgage Fieldhouse last Sunday. Stevens scored a season-high 15 points as he started at small forward, providing key rebounds in the fourth quarter and allowing the Cavs to almost keep pace with the Timberwolves until the game’s final seconds.

“I thought (Lamar Stevens) was good,” JB Bickerstaff said. “He found ways to help us on both ends of the floor and he brought energy and toughness.

“When we were searching for a lineup to find something and finish out of the fourth quarter, he provided a spark for us.”

The 25-year-old may see more minutes for the Cavs should he continue to put in the same amount of effort and prove himself a worthy option compared to forward Dean Wade, forward Isaac Okoro and guard Caris LeVert. The Cavaliers have seen a multitude of rotational changes as key starters move in and out of the lineup due to injury. Cleveland recently had to find new starting forwards as Evan Mobley moved to the center spot to take the place of center Jarrett Allen, who is out with a non-COVID-19 illness.

“(Stevens) has been that way since the beginning,” JB Bickerstaff said. “Every year, he finds his way on the floor.

“He deserves the opportunity. Again, it’s early and we’re still trying to figure out lineups and rotations, but he’s a rotational player. I just have to find a way to get him on the floor.”

The Cavs will tip off against the Bucks at 8 p.m. EST this Wednesday at Fiserv Forum. The game will be broadcasted on Bally Sports Ohio.