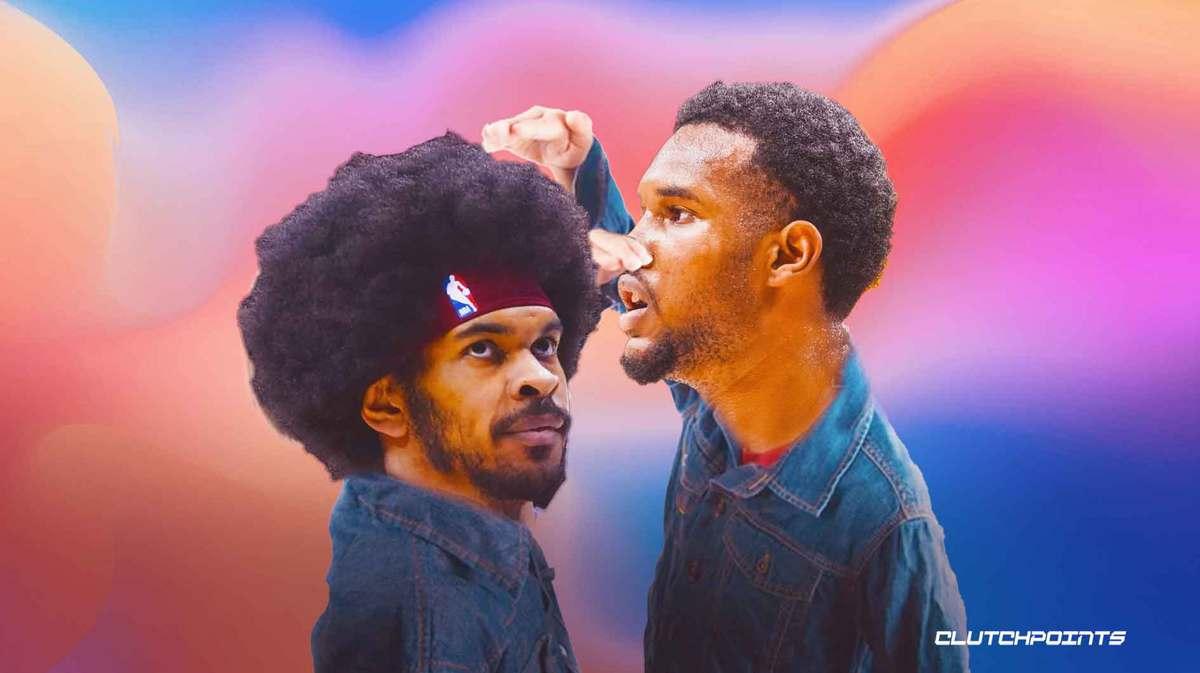 The Cleveland Cavaliers have not fared very well in the absence of All-Star big man Jarrett Allen, who has been sidelined indefinitely due to a fractured finger on his left hand. In the three games that Allen has been out of action, the Cavs have gone 1-2 and it is clear that this team would love to get their star center back as soon as possible.

The good news for the Cavs is that highly-touted rookie Evan Mobley has stepped up in a major way in Allen’s stead. Mobley, who is listed as a power forward, has been starting at center in Allen’s absence. The 20-year-old has strived in his new role, though, much to the delight of head coach JB Bickerstaff.

The Cavs head coach was recently asked about Mobley’s natural position now that he’s so seamlessly shifted to the 5 spot. Coach Bickerstaff then dropped a truth bomb about Mobley being a “positionless talent:”

“He’s a basketball player,” Bickerstaff said, via Chris Fedor of cleveland.com. “I think there’s a generation of positionless talent. We see that more on the perimeter with smaller 6-6 to 6-8 guys and you see teams trying to fill their roster with those types. I think Evan happens to be that positionless player at 7-feet tall.”

If there’s anyone out there who can speak as an authority on Mobley’s rapid development as an NBA player, then it has to be JB Bickerstaff. The Cavs coach has guided his young stud throughout the season as he transitions his game to the NBA level. Few, if any, will disagree about Mobley doing an excellent job with that.

In the three games since Allen went down, Mobley is averaging 19.3 points on 52.3 percent shooting, 10.3 rebounds, 2.7 assists, 2.3 steals, and 1.3 blocks in 36.4 minutes per game. The sample size is undeniably small, but you also have to consider the fact that the former USC standout did this against two of the top teams in the Eastern Conference in the Miami Heat and the Chicago Bulls (the third team was the Indiana Pacers).

Coach Bickerstaff then provided a bit of a preview of how he intends to utilize his prized rookie moving forward. Based on what Bickerstaff is saying here, it does seem like the Cavs have acquired a real gem in Mobley:

“I think as his career goes on, you’ll be able to see him used in different matchups, in different ways,” Bickerstaff said. “It’s funny, we were actually talking about it, when you were drawing up plays, you used to use 1, 2, 3, 4 and 5. We don’t do that anymore because of these guys’ versatility and we can just put ‘em wherever we need to on the floor. I think Evan is that. He just happens to be 7-feet tall.”

It is worth noting that Mobley is lister at 7-feet, while for his part, Allen is 6-foot-11. It’s actually Mobley who is the taller player between the two, but as Bickerstaff explained above, it doesn’t really matter much given the rookie’s versatility.

Be that as it may, there’s no denying that the Cavs still need Allen back as soon as possible. Mobley has been outstanding, but he needs his frontcourt partner back in the fold. Jarrett Allen does not have a timetable to return just yet, though, so in the meantime, Mobley must do everything he can to keep the ship afloat.