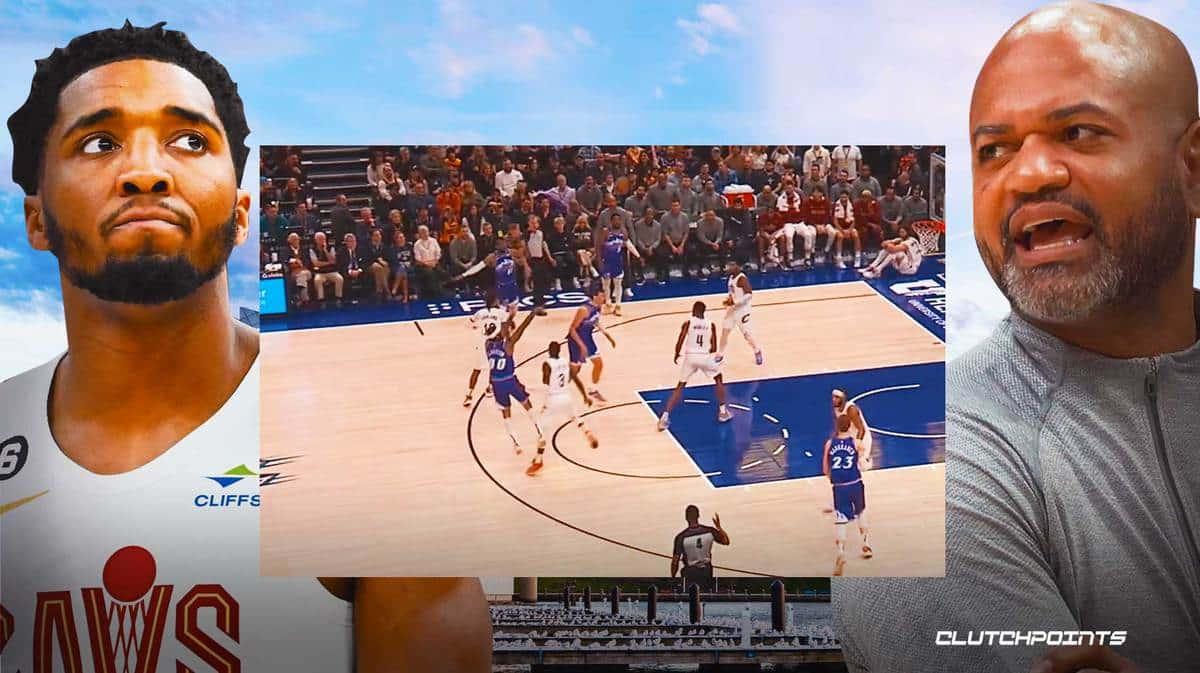 The Cleveland Cavaliers were locked in a tight, back-and-forth affair with the Utah Jazz for much of their Tuesday night contest amid Donovan Mitchell’s Salt Lake City homecoming. With only a minute left in the game, Mitchell appeared to have done enough to lead the Cavs to victory, as he had scored 41 points with only a minute and a half left in the game to put the Cavs up by five, 107-102. (Mitchell ended up with 46 points on the night.)

However, the tides quickly changed when Jordan Clarkson drew two crucial shooting fouls on Caris LeVert on back-to-back possessions. The Jazz guard proceeded to score seven consecutive points in a 12-second span to give the Jazz a lead they wouldn’t relinquish. Heartbreakingly, the Cavs ended up losing the game, 116-114, and head coach JB Bickerstaff rued their missed opportunity to claim their 27th win of the season.

In fact, JB Bickerstaff thought that the officials’ late-game foul calls were questionable. Speaking with reporters after the game, Bickerstaff shared his thoughts on the momentum-altering calls that led to their defeat.

“Foul the three-point shooter, and then flagrant foul, [Jazz] get the ball back and they score again. We had too many fouls down the stretch, for one reason or another. I think they’re questionable. Offensive players have the ability to cover their spots and if a guy switches his feet in the air, it makes it extremely difficult to guard. So I don’t know what more we could have done,” Bickerstaff said, per Bally Sports Cleveland.

J.B. Bickerstaff reflects on Caris LeVert's second shooting foul on Jordan Clarkson, and shares his thoughts on the controversial call.

The head coach then goes on to give Evan Mobley credit for his paint protection in the fourth quarter.#LetEmKnowpic.twitter.com/Ez1pa7PLQh

JB Bickerstaff is referring to Jordan Clarkson’s and-one three-pointer with 1:23 left in the game. Clarkson jumped forward right onto Caris LeVert’s feet and the Jazz guard ended up drawing a flagrant, landing spot foul call on the Cavs wing for a four-point play. This shifted the momentum drastically towards the Jazz favor.

Jordan Clarkson completes the 4-pt play and gets the possession after Caris LeVert is deemed to be in his landing area pic.twitter.com/xb5F7QBUfL

To make matters worse, Clarkson drew another three-point shot foul on LeVert on the ensuing possession after he leaned into the LeVert’s direction with the Cavs wing trailing the play off the pick. Clarkson promptly drained three freebies to put the Jazz ahead for good.

Nevertheless, JB Bickerstaff knows that they could do nothing else but learn from this defeat, as questionable as those calls may have been.

“It’s a tough one, we have to take a look at it, find a way to get better from it,” Bickerstaff added.

Donovan Mitchell and the Cavs will look to bounce back when they take on the Portland Trail Blazers on Thursday night.