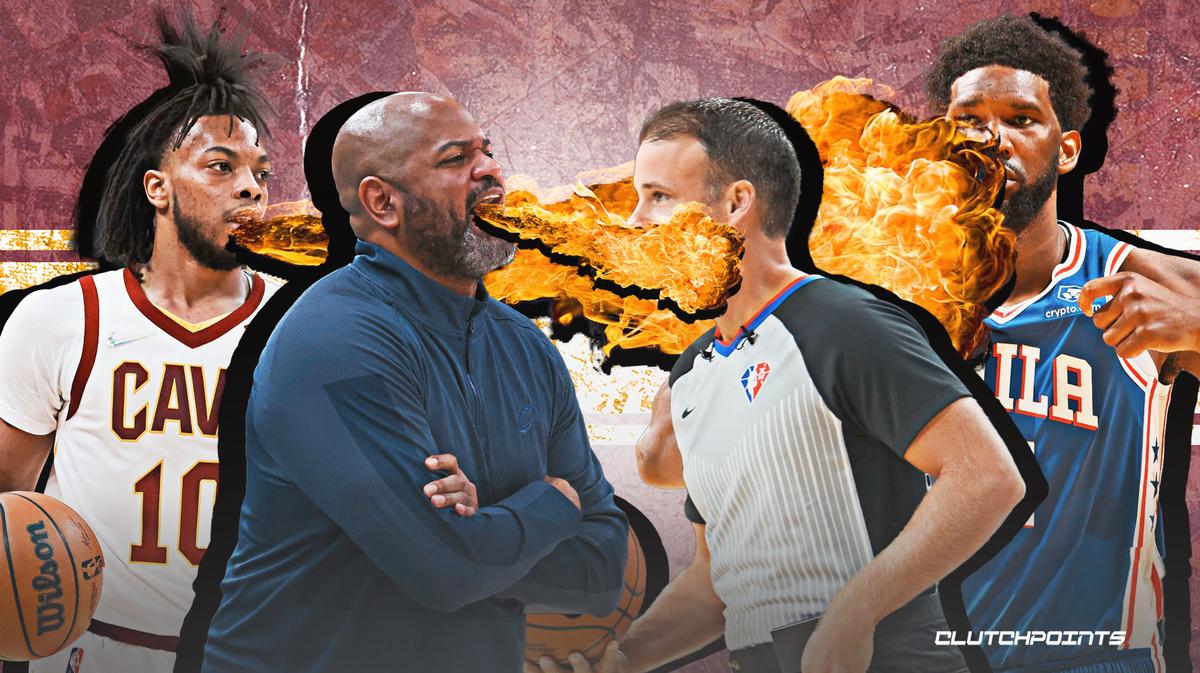 The Cleveland Cavaliers suffered a hard-fought loss against the Philadelphia 76ers on Sunday night, and Cavs head coach J.B. Bickerstaff wasn’t happy about it. Why? Bickerstaff thought Cleveland got robbed by the officials.

The Sixers put up 42 free throws in their 112-108 victory, with Joel Embiid taking 20 of those and James Harden getting up 12. Bickerstaff lit up the officiating crew for all those attempts, via Chris Fedor of cleveland.com:

“We deserved to win that game. That game was taken from us,” Bickerstaff said through a crackling voice. “We did a great job defensively, making their two best players have a difficult time from the field. But one thing you can’t defend is the free throw line. That’s absurd. That’s absurd. Our guys deserve way better than what they got tonight.”

The Cavs did get 31 free throws of their own, but there were two attempts not taken that really irked Bickerstaff. With the game hanging in the balance and Cleveland down by just one in the final minute, All-Star Darius Garland drove right at Embiid and drew contact on his shot attempt. Unfortunately for the Cavs, no foul was called despite Garland’s protests.

Bickerstaff highlighted this after the game:

“Darius was fouled. It’s simple. He was fouled,” Bickerstaff said. “I don’t know what else — he did his job, got to his spot and got fouled. No whistle.”

“The ball’s in Darius’ hands and he has the ability to make all those shots,” Bickerstaff said of the look. “You pull Embiid away from the basket first and then give him an opportunity to attack, I like Darius’ chances there. He’s proven time and time again that he can make that shot.”

Playing the Sixers is often frustrating because of all the calls Embiid and Harden get, and this game was no different for Cleveland. This was an especially tough loss to the Cavs as it looks more and more like they’re going to wind up in the play-in tournament.