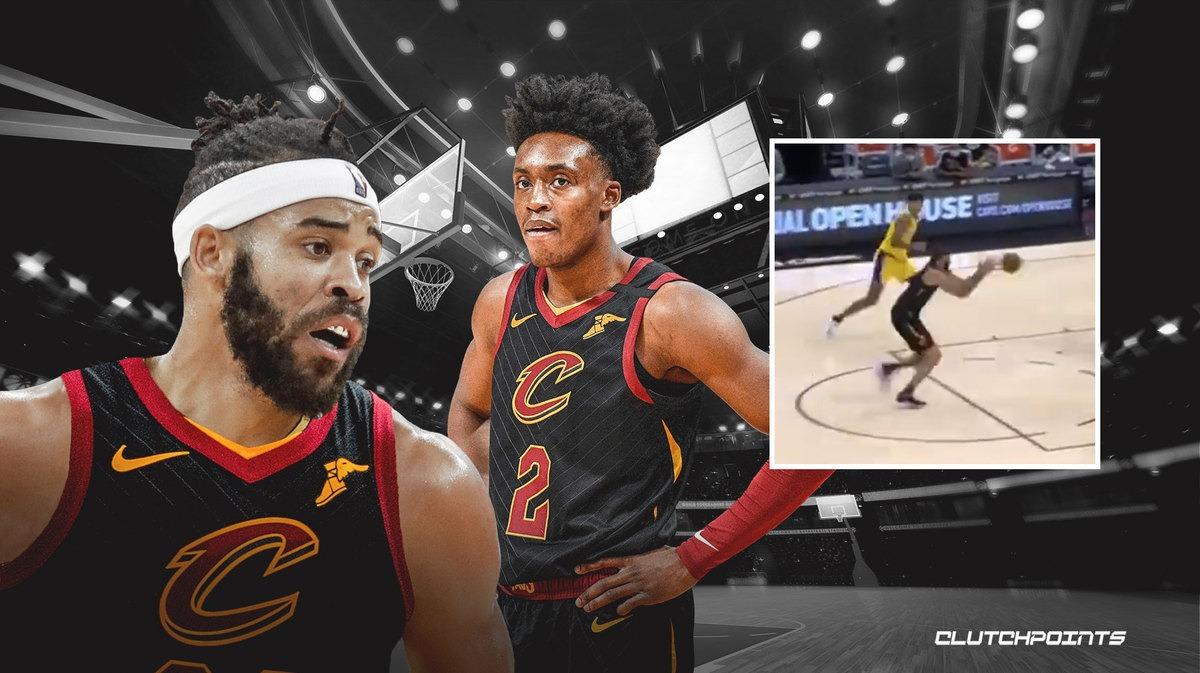 New team, same old JaVale. In his first year with the Cleveland Cavaliers, three-time NBA champion JaVale McGee was doing what he does best, and not what Collin Sexton does best. On Monday, the 33-year old dribbled his way to his own 2021 Shaqtin’ A Fool highlight as a member of the Cavs.

In the third quarter of their game against his former team the Los Angeles Lakers, JaVale McGee got the ball at the top of the paint and wanted to isolate the NBA’s reigning Sixth Man of the Year Montrezl Harrell. And the rest, as they always say, is history.

Check out JaVale McGee’s early entry to blooper of the year (via TrashTalk):

Let’s give the ball-handling back to Collin Sexton, Mr. McGee.

JaVale McGee wanted to milk the clock with just 10 seconds to go in their shot clock. He had the right idea and the execution was there, at least at the start of the play.

Cavs’ Larry Nance Jr. out vs. Lakers with sprained wrist

JaVale McGee had Harrell (and everyone in the arena) confused with his ball-handling skills. After a few dribbles, a step-back crossover, and a behind-the-back dribble McGee found Harrell nowhere to be found.

After putting Harrell on skates, he had a clear path to the paint and had a ton of options to make the right play. He had Jarrett Allen in the baseline waiting for a lob and a wide-open Taurean Prince in the corner. But, in true JaVale fashion, JaVale McGee decided to pass it to no one as he eventually fumbled the ball out of bounds.

That’s highlight to lowlight real quick, a JaVale McGee specialty, no matter the team on his wild and colorful journey through professional basketball. There is a delightful consistency to his most memorable moments. McGee has had a very successful career, latching onto championship teams and getting paid a pile of money. He can laugh at these moments, along with the rest of us.