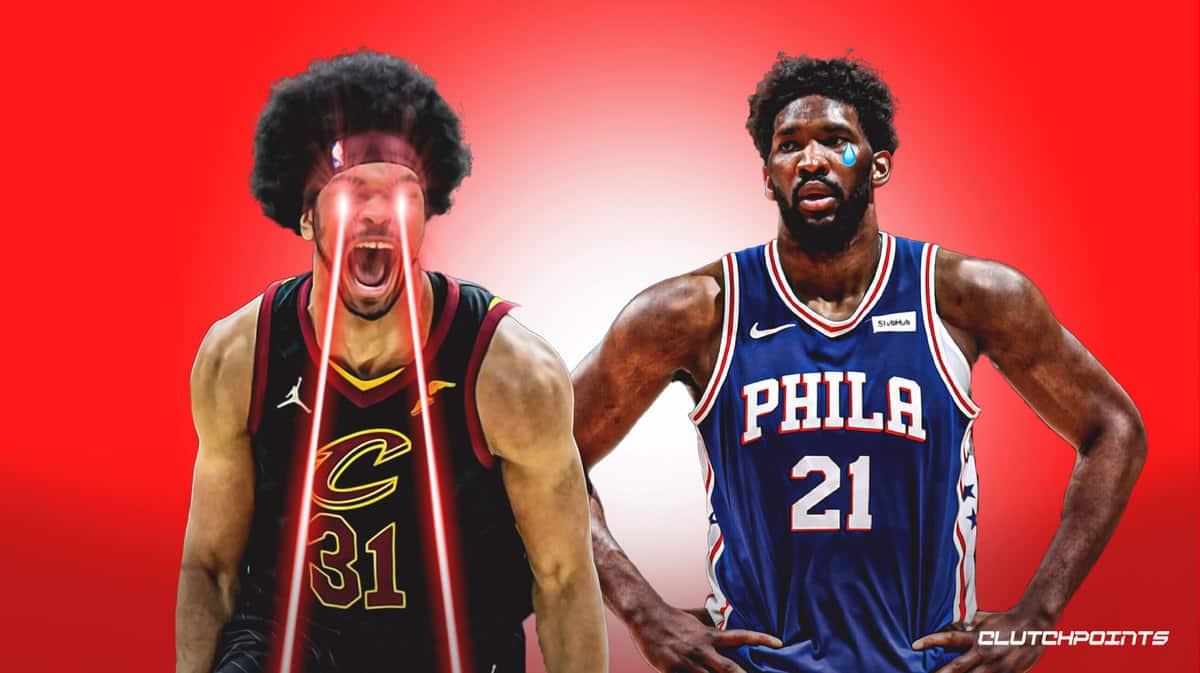 Cleveland Cavaliers center Jarrett Allen had a victory inside of a victory Sunday night. During one crucial portion of the 2022 NBA All-Star Game, Allen, playing for Team LeBron, made a crucial stop on Team Durant center Joel Embiid at the rim, and the Cavs big man couldn’t help but speak about it following the contest.

“He dunked on me a couple games ago so I couldn’t let him get me twice.”@_bigjayy_ delivered a little payback tonight in the fourth 😂#NBAAllStar | #LetEmKnowpic.twitter.com/1c4otvLKIR

Team LeBron ended up taking a 163-160 win, thanks in part to that shining defensive play by Allen on Embiid, who would have given Team Durant a two-point lead if he made that attempt at the rim. Allen, of course, is one of the best rim protectors in the NBA today, and if you’re the type who doesn’t want to get into stats, then that play is all you needed to know why the Cavs big man is a true gem for Cleveland this season. For the statheads, here’s one tasty tidbit about Allen: opponents are shooting 15.4% worse less than six feet from the basket when he is on the floor.

Allen is averaging 16.2 points and 11.0 rebounds per game this season. He has been so dependable for the surprising Cavs team that is on pace to make the playoffs. His ability to control the completion of the game towards his team’s favor with his excellent interior defense and rebounding has been a huge driving force for Cleveland, currently fourth in the Eastern Conference with a 35-23 record.