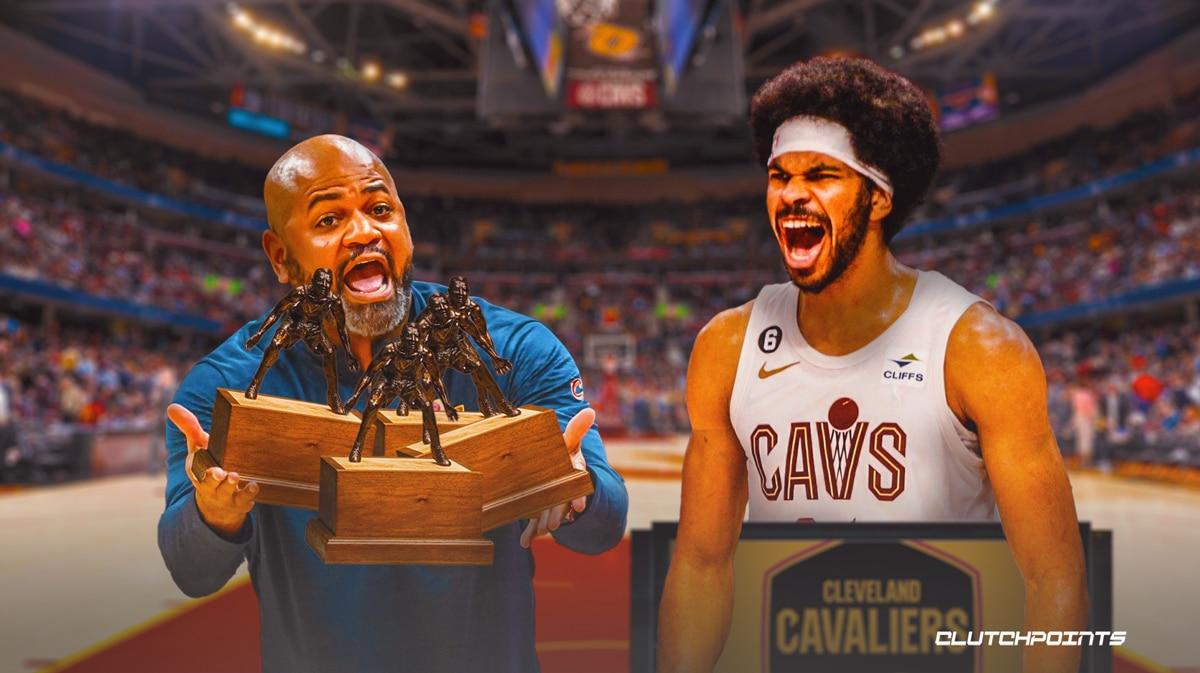 When asked about Allen a few weeks prior, Bickerstaff’s praise turned into a bold statement about the 24-year-old center and his improvement since entering the Cavs organization in 2021.

“He’s a Defensive Player of the Year candidate every single year,” Bickerstaff said after a 117-107 win over the Washington Wizards. “I think it’s time that we acknowledge that.”

Jarrett Allen quickly exploded into one of the league’s top rebounders and interior defenders since the moment the Cavs tipped off against the Toronto Raptors on Oct. 19, grabbing 10 rebounds and notching two blocks as he kept possession out of the hands of the team with the ninth-most rebounds per game just one season prior and an All-Star forward in Pascal Siakam.

The sixth-year center is tied for third with a two-time Most Valuable Player in forward Giannis Antetokounmpo at 12.2 rebounds per game, a career high for the young big and a team-leading stat for a Cavaliers team on the hunt for long-term playoff contention against an exciting group of Central Division rivals. Allen is also tied for seventh with Atlanta Hawks forward John Collins with 11.6 contested shots per game while averaging 1.4 blocks per game, serving as a defensive anchor alongside second-year forward Evan Mobley to provide a much-needed interior presence against division rivals in Antetokounmpo, Bulls center Nikola Vučević and Pacers center Myles Turner.

Even before this year, J.B. Bickerstaff felt confident about Jarrett Allen’s ability on the defensive end, showing frustration when he was snubbed from last year’s All-Star teams.

“We know who Jarrett is,” J.B. Bickerstaff said after last year’s All-Star selections. “He’s going to continue to go out and prove people wrong and play with that chip and that edge.”