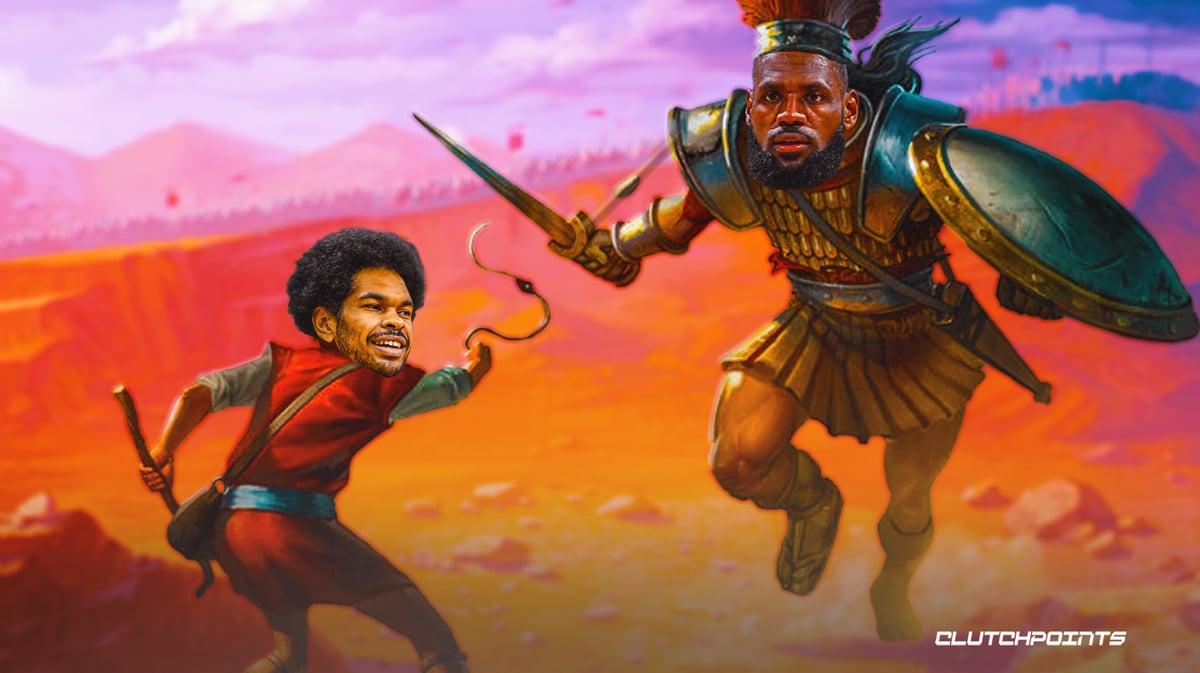 The Cleveland Cavaliers knew there was much more than a single home win on the line during Tuesday night’s game against the Los Angeles Lakers.

It meant further solidifying themselves as a true NBA contender for the first time since forward LeBron James headed to LA in 2018.

Center Jarrett Allen said he tried to treat the game like any other despite having a hometown hero in James return to the arena he first played in during the fourth game of his rookie season.

“Absolutely,” Jarrett Allen said when asked if the game felt bigger than others in a postgame interview. “You have somebody going for the scoring title coming home to Cleveland. As much as you want to say it’s not a bigger game, at the end of the day, the whole world knows that it is.

“But we wanted to minimize it and play our game. We wanted to play Cleveland Cavalier basketball and try to stick to our own roots as much as we could.”

The bright lights didn’t seem to affect the player head coach J.B. Bickerstaff called a Defensive Player of the Year candidate. He made three dunks in the first quarter, including a pump fake to catch center Thomas Bryant in the air before putting a Dwight Howard-esque dunk over guard Austin Reaves’s head.

Jarrett Allen scored 24 points, brought down 11 rebounds and grabbed three steals after forward Anthony Davis exited with flu-like symptoms. The 24-year-old Cavs center scored 14 points in the first quarter, making one close shot after another as guards Donovan Mitchell and Darius Garland continued to dump the ball off to him on the interior.

The Cavs officially passed the Milwaukee Bucks to sport the best defensive rating in the NBA with 106.6. They held the Lakers to their fifth-lowest point total and lowest 3-point percentage of the season as they beat LeBron James and Los Angeles 116-102 on Cleveland’s home court.