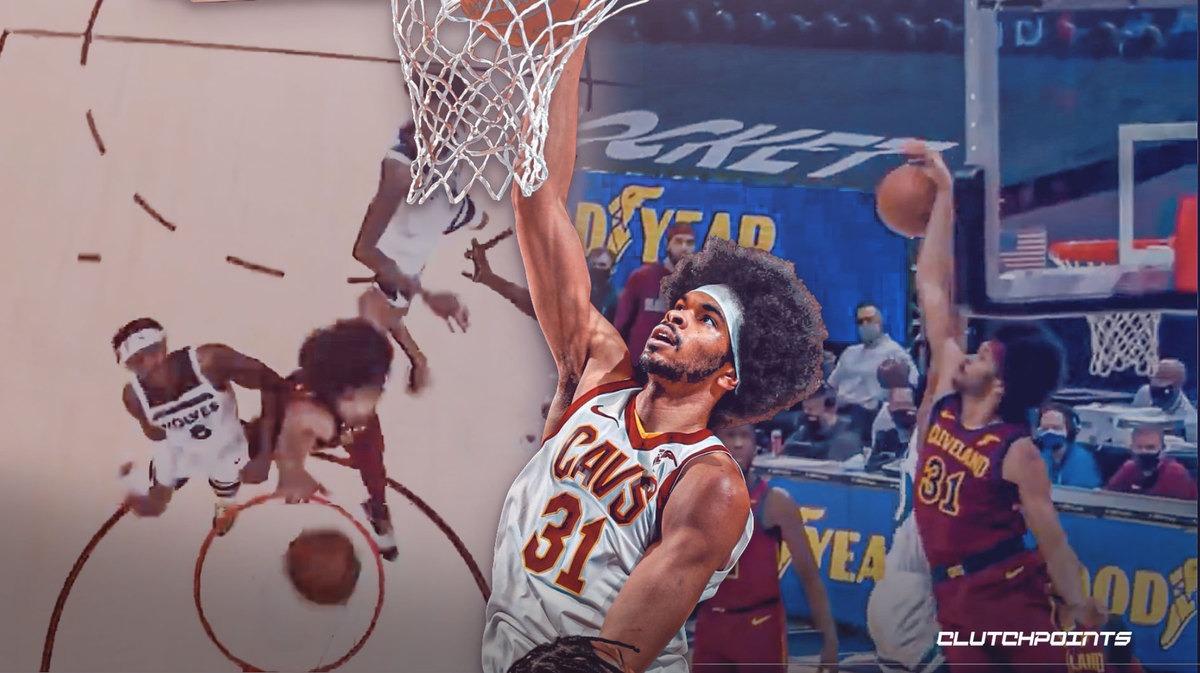 Cleveland Cavaliers big man Jarrett Allen showcased his versatility on both ends of the floor as the Cavs took on the Minnesota Timberwolves on Monday. The 6-foot-11 center came up with a huge swat on defense followed by a tremendous finfish on the other end.

Here’s Allen looking outstanding in his first career start for the Cavs (h/t NBA on Twitter):

Jarrett Allen on BOTH ENDS on NBA LP! 💥 pic.twitter.com/vvozkQQq23

Allen’s one-handed slam over a Wolves defender was noteworthy, but there’s no denying that his block on Minnesota shooting guard Josh Okogie was even more impressive. Allan met Okogie at the apex, and as you saw on the above clip, we all know who came out on top in this aerial battle.

Allen got the nod to start at the five spot for the Cavs on Monday with Andre Drummond forced to sit out due to a back problem. This was Allen’s first start for his new team since he made the move to Cleveland as part of the four-team deal that centered around James Harden taking his talents to the Brooklyn Nets.

The Cavs have no shortage in the center position right now, with Allen, Drummond, Kevin Love, Larry Nance Jr., and JaVale McGee all in the lineup. Nevertheless, Cleveland gave up a considerable haul to acquire Allen, so as it appears, the 22-year-old is looking like the team’s big man of the future.