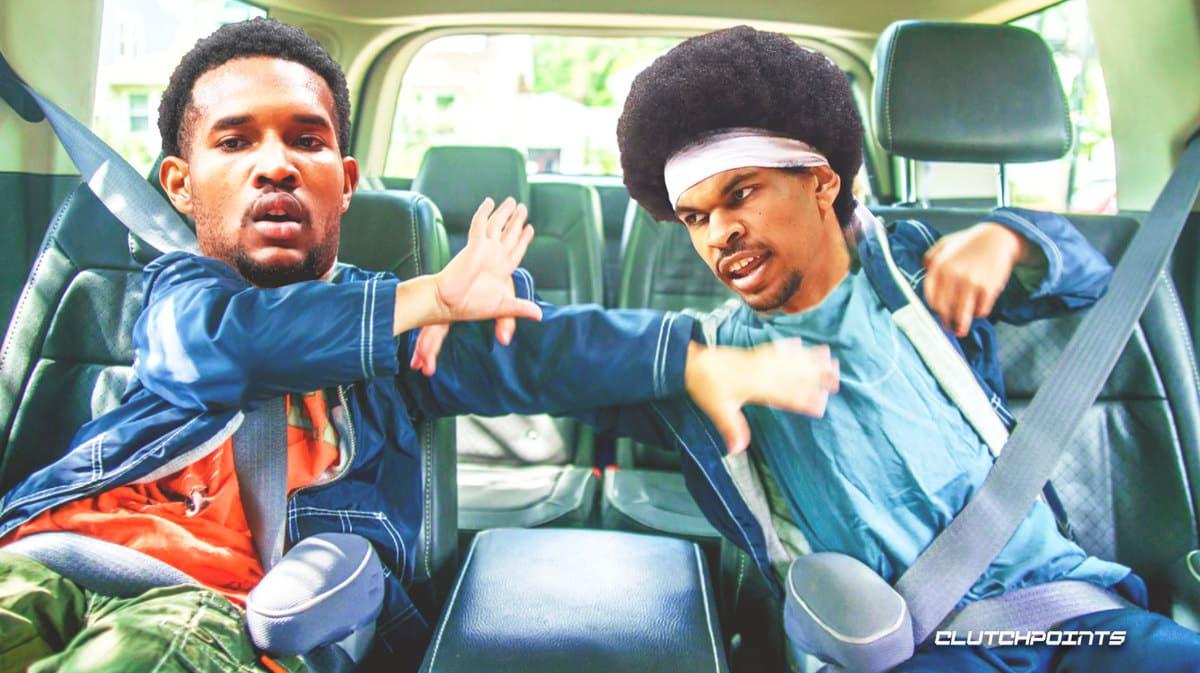 Jarrett Allen is playing some of the best basketball of his career right now. At this point, it would be safe to say that he’s adjusted well to life with the Cleveland Cavaliers. Be that as it may, the 6-foot-11 center recently admitted that on the onset, he actually had some doubts about building a frontcourt partnership with Cavs rookie Evan Mobley.

According to Allen, he too questioned whether or not he would fit well alongside the 7-foot Mobley. As it turns out, however, all his doubts were quickly cast aside the moment they started playing with each other for the Cavs:

“At first, it was like, ‘Oh, how’s this going to work?’ I’m pretty sure everybody in the country had that question,” Allen said, via Michael Scotto of HoopsHype. “But once I was able to get on the floor with him immediately and actually play some pickup games with and against him, I saw the potential immediately.”

Cleveland’s twin towers have been very impressive to start the season. Allen and Mobley have helped lead the Cavs to a 9-9 record which as of right now, puts them within striking distance of a playoffs spot.

It’s not all about Allen and Mobley in Cleveland, though. Another key offseason addition for the Cavs is Lauri Markkanen, who himself is also listed at 7-feet. To say that this team has an oversupply of length and size in the frontcourt would be a complete understatement — especially considering how the NBA has been transitioning to small ball over the past several seasons.

For his part, however, Allen believes that Cleveland’s unique lineup is actually something that has worked to their advantage. Having three players above 6-foot-11 in the starting lineup is unconventional, to say the least, but it hasn’t caused any major issues with the Cavs thus far.

“I think it’s working pretty well,” Allen said. “If you look at our record, it’s a lot better than a lot of people expected. But even as a teammate, as a player in this trio, I think it’s working really well for all of us. I always bring it back to me and Evan kind of growing up playing the five. I’m not exactly sure what he played in college and high school. But we kind of know how we both will act on the court. We kind of know each other’s instincts. Lauri’s a three or four. He’s just a tall person for his position. If he’s a five, he can shoot the ball and space the floor.”

Cavs are in trouble after Collin Sexton’s season-ending injury

Despite the relative success they’ve achieved early in the season, the Cavs have still battled through numerous injuries. Their big-man trio, in particular, has only played in a handful of games together. Markkanen just recently returned to action after being placed under the league’s health and safety protocols, while Mobley is still on the shelf dealing with an elbow injury.

The good news here is that Mobley’s injury does not appear to be overly serious. The highly-touted rookie could be back for the Cavs in the near future and this should afford his trio with Allen and Markkanen more time on the floor together. After all, there’s no better way to build chemistry than playing alongside each other for an extended period.

With all three of these giants aged 24 and below, it is clear to see that the future is very bright (and big) in Cleveland.