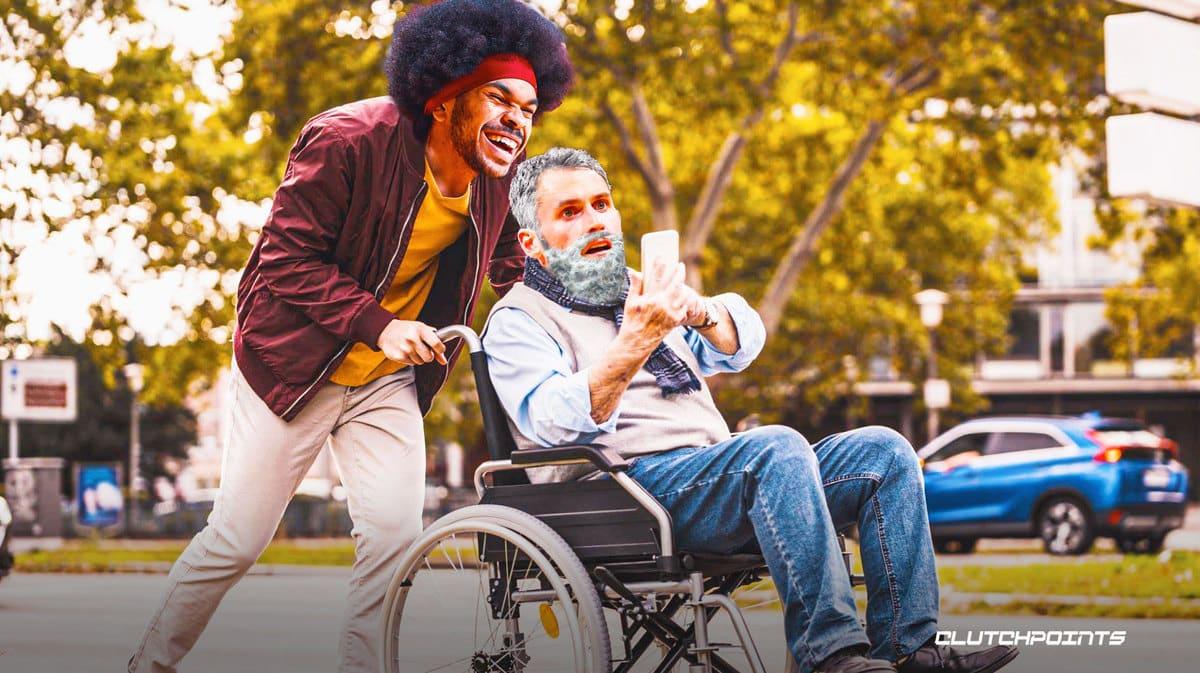 Jarrett Allen is one funny dude. Recently, he’s decided to take aim at Cleveland Cavaliers teammate Kevin Love, who happens to be one of the oldest members of the squad at the moment. As expected, Allen showed no mercy for the Cavs veteran as he went full savage with his most recent age-related jab on K-Love.

On Monday, Allen joked that Love was 52 years old. When asked by a reporter how Love reacted to the dig, Allen said that he doesn’t even think his teammate heard it (via Evan Dammarell of Right Down Euclid):

Allen just won’t stop. This one is even funnier than his first jab, and surely, Kevin Love has to take notice sooner rather than later.

For the record, though, Love is 34. He’s also now no longer the most senior member of the squad thanks to the fact that Robin Lopez signed with the Cavs this summer. The 7-foot center is five months older than Love.

For his part, Jarrett Allen is just 24 — a full decade younger than the two elder statesmen on the squad. Allen is an integral member of Cleveland’s young core, along with Darius Garland (22), and Evan Mobley (21). Caris LeVert is now 28, while new Cavs superstar Donovan Mitchell turned 26 just last month.

The disparity in the age between the team’s more prominent players is clear, and Jarrett Allen just loves pointing this fact out at every given opportunity.