Cavs news: Jamal Crawford’s reaction to Isaiah Thomas telling him he was traded to Cleveland 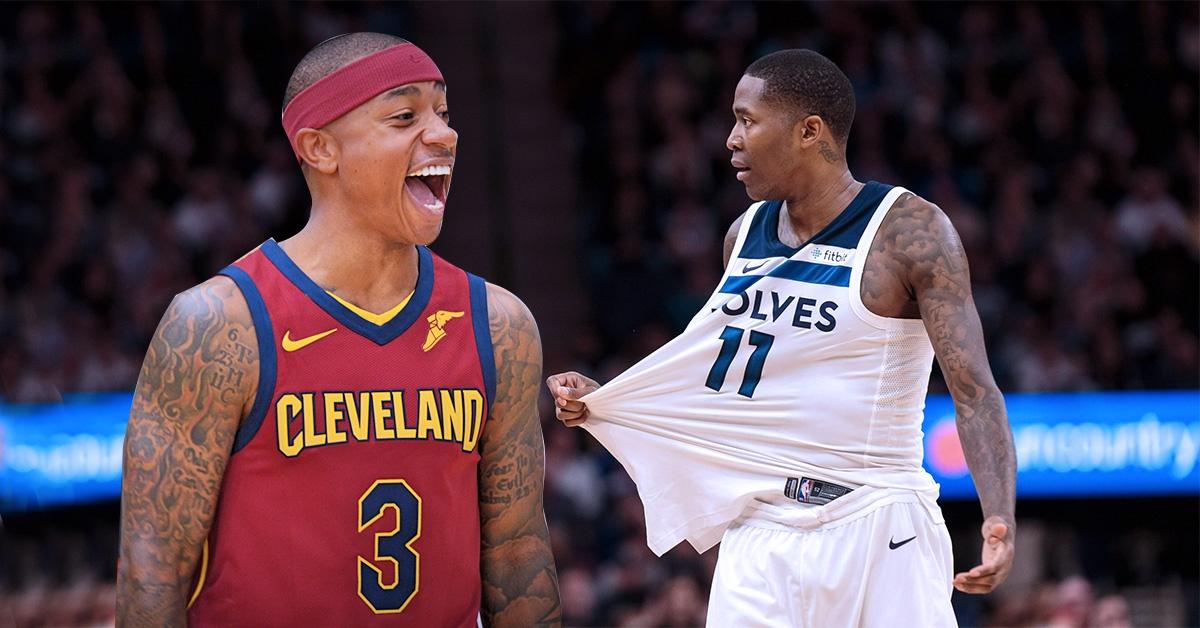 Cleveland Cavaliers point guard Isaiah Thomas and Minnesota Timberwolves marksman Jamal Crawford are close friends. In fact, the two Seattle legends will tell you that they are best friends. After hearing the news that Thomas had been traded from the Boston Celtics to the Cavs during the 2017 offseason, Crawford was in disbelief.

“I was really shocked that he got traded after everything he went through in Boston,” Crawford told Alex Kennedy of hoopshype.com. “Looking at all of the stuff he did there and how much he was loved, I actually thought he was joking when he first told me that he was traded. I was like, “Are you serious?” And he was like, “Yes.” And I said, “No, you didn’t get traded. Stop playing, man.” Then he said he really did get traded and that it was to Cleveland. All I could say was, “Wow.” I was shocked, but I told him, “At least you’re going to a great situation.” Then, way, way later on, I was thinking about it and I was like, “Wow, I was seriously considering signing there.”

The Cavs were actually interested in acquiring Crawford during the offseason as well, which would have turned these two friends into teammates. However, those plans never came to fruition. The three-time Sixth Man of the Year says he was concerned about how his friend would handle being traded.

“You do think about stuff like that, but I was more concerned about him and how he was handling everything that was going on because I know how that goes,” Crawford continued. “I had just gone through the same thing with the Clippers. They traded me to the Hawks and then I got bought out, which is how I became a free agent. After a trade, it’s a crazy time. It’s so unexpected, you’re uprooting your family and it’s right when your kids are about to start school and you don’t really know what’s about to happen next. There’s a ton of stuff that happens behind the things and changes you have to make to your everyday life, so I felt for Isaiah more than anything else.”

As most hoops fans know, Thomas has been recovering from a hip injury that he sustained in last season’s Eastern Conference Playoffs. The 5-9 dynamo made his Cavs debut earlier this month, scoring 17 points in 19 minutes against the Portland Trail Blazers. He’s struggled a bit since then, but that’s to be expected from someone who’s missed as much time as he has.

In his five appearances with the Cavs this season, Thomas, now 28 years of age, has turned in averages of 13.6 points on 36.1 percent shooting from the field (23.3 percent from beyond the arc), 3.4 assists, and 1.2 rebounds.

The Cavs have lost nine of their last twelve games. Their first shot at redemption comes on Thursday night, as they’re scheduled for a match-up against the Orlando Magic inside Quicken Loans Arena. Tip-off is set for 7:00 p.m. EST with Fox Sports Ohio and Fox Sports Florida having live broadcast coverage.