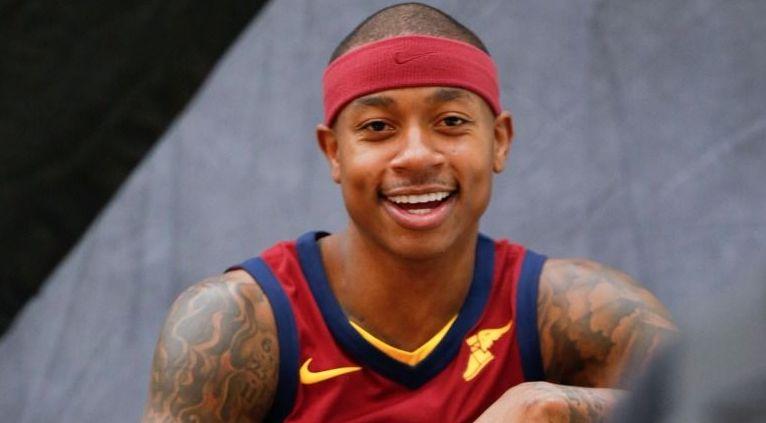 As most hoops fans know, Thomas, now 28 years of age, suffered a hip injury in last season’s Eastern Conference Playoffs, which caused him to miss roughly seven months of action. Crawford, one of the best shooters in today’s NBA and fellow Seattle native, says Thomas’ love for the game of basketball is “scary.”

“IT is one of the very few people who I know that love hoop as much as I do,” Crawford told Yahoo Sports. “There’s never been one time that I’ve texted him, or vice versa, like, ‘Let’s go hoop,’ and one of us said no. For someone like that, who is watching every game no matter who’s playing, very few people could understand how this wore on him mentally. He already doesn’t take the game for granted, but this has helped him appreciate playing even more. Which is scary.”

Fans inside Quicken Loans Arena greeted Thomas with a standing ovation when he took the floor for the first time. In his 19 minutes of playing time on Tuesday night, the former Washington Huskies stand-out turned in 17 points on 6-12 shooting from the field (3-8 from beyond the arc), three assists, and a plus/minus score of +17.

“Once I took that first shot, it felt normal again,” Thomas said after Tuesday night’s game.

The Cavs are set to kick off a five-game road trip on Wednesday night with a match-up in Boston against the Celtics inside TD Garden. However, Cavs head coach Tyronn Lue has previously stated that Thomas will be held out of back-to-back scenarios for now, which means the crafty ball-handler will likely play again on Saturday in Orlando.