J.R. Smith will play in next preseason game vs. Celtics After missing the Cleveland Cavaliers’ preseason opener against the Boston Celtics on Tuseday, veteran swingman J.R. Smith is set to take part in the Cavs’ second game. According to head coach Tyronn Lue, the former Sixth Man of the Year winner will be available to play come Saturday night.

According to reports, Smith is dealing with a sore hip, which has made him a limited participant in his team’s preseason training camp. However, it does not appear to be anything serious, and it looks like the coaching staff is taking a conservative approach on the 33-year-old.

In another report, coach Lue has allegedly been instructed by the team’s head office to focus on the development of their younger players. This means that guys like Jordan Clarkson, Cedi Osman, Collin Sexton, and even Sam Dekker will likely be given sufficient playing time throughout the season, at the expense of Smith’s minutes.

Nonetheless, Lue appears to be set on finding a way to squeeze in Smith in his rotations. This is definitely a good sign for Smith, who seems to have the backing of his coach.

With already 14 seasons under his belt, many also believe that Smith will be given a mentoring role for the Cavs. The team currently have a host of rather inexperienced youngsters that could definitely learn a lot from Smith. Let’s just hope he teaches them the right things, and uses his troublesome past as nothing more than lessons to learn from. 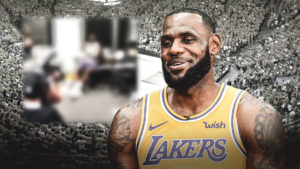