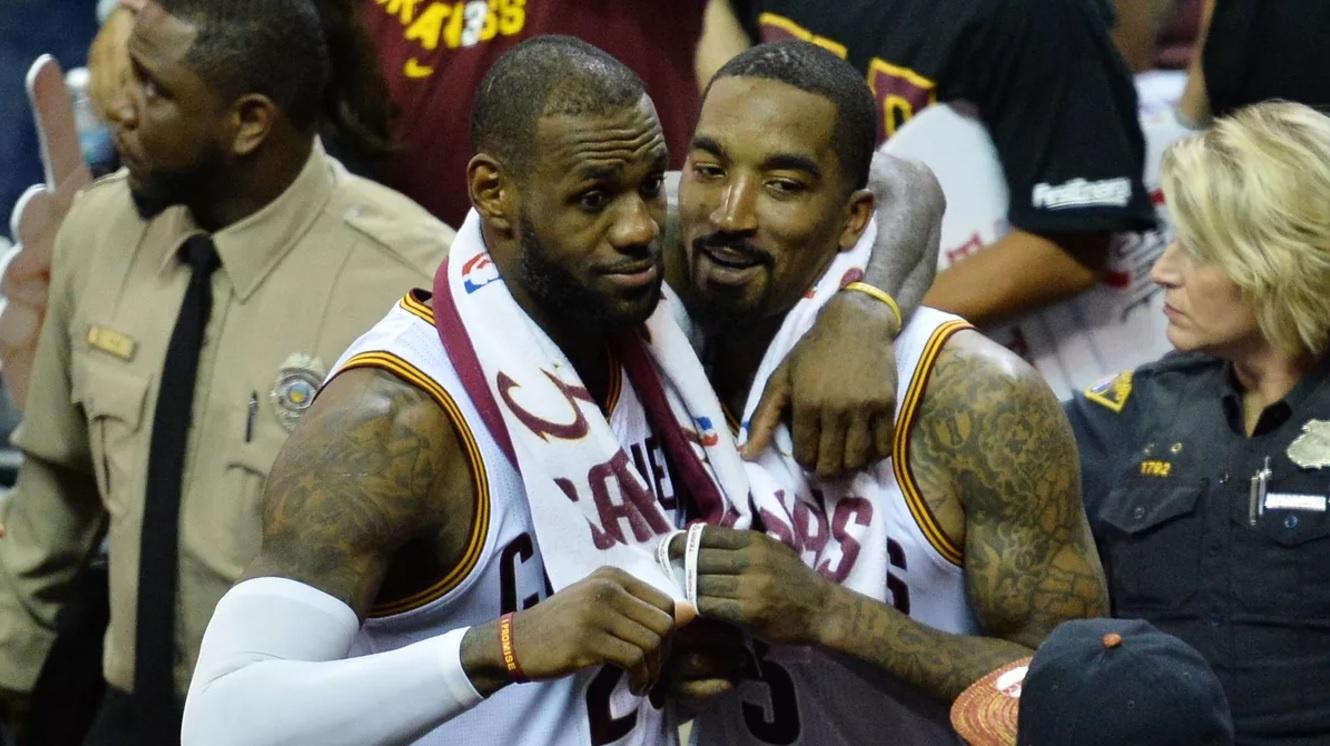 Earlier this month, Cavs superstar LeBron James posted a cryptic photo, which featured the balled up fist of Arthur Read (also known as Arthur the Aardvark), on his Instagram account. There was a great deal of speculation as to what the post might have meant. Some believed the King was simply upset with his team’s performance through the early phases of this season, while others thought it may have came as a result of Kyrie Irving’s hot start with the Boston Celtics. After seeing the post go viral, several of James’ teammates, including J.R. Smith, decided to join in on the fun.

With the image growing in popularity, Smith saw a business opportunity. On Thursday morning, “Swish,” as he’s known, unveiled several variations of “dad hats,” which prominently feature Arhtur’s fist. The hats, which come in three different colors, are available for purchase at the Team Swish website for $40.

This isn’t Smith’s first rodeo with regards to marketing. After going shirtless during Cleveland’s championship parade in 2016, the former Sixth Man of the Year award winner sold tee shirts that featured all of the tattoos on his upper body. And believe it or not, those shirts flew off the shelves.

Let’s see if James, who is a known connoisseur of dad hats, decides to pick up one of Smith’s latest productions.

The Cavs, who just wrapped up a four-game road swing with a 3-1 mark, will be back in action on Friday night, when they’ll host the L.A. Clippers inside Quicken Loans Arena. Tip-off is scheduled for 7:30 p.m. EST with Fox Sports Ohio having live broadcast coverage.