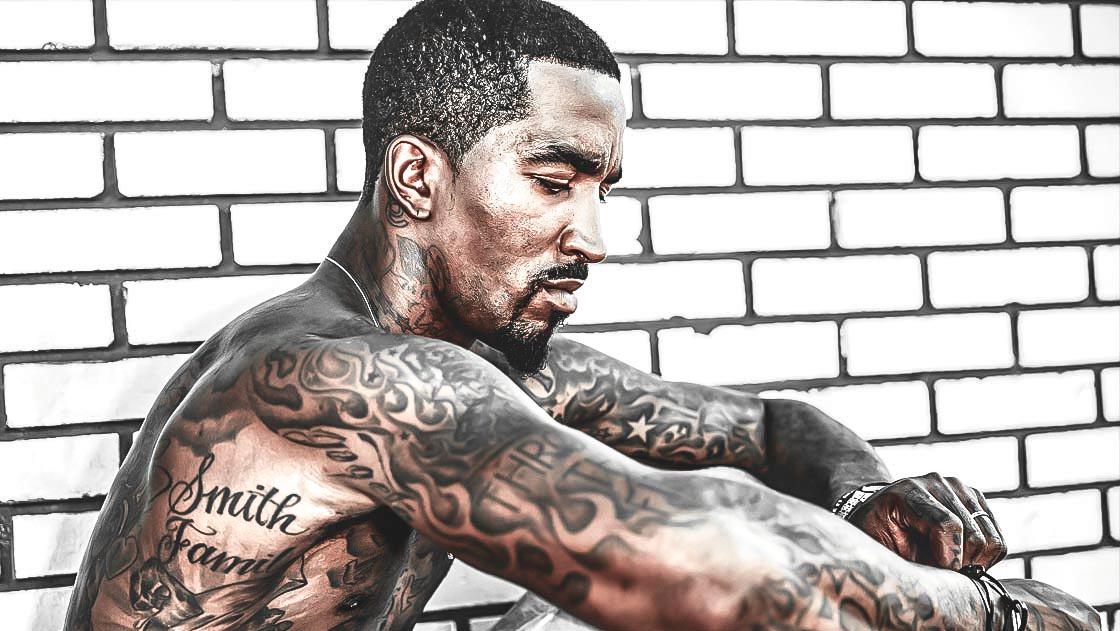 There has been an ongoing debate for several weeks (even months): Where (if anywhere) will LeBron James choose to take his talents upon completion of the 2017-18 season? Will he opt for another team, as he has in the past? Or will he decide that riding off into a wine and gold sunset is best? The discussion, which has recently been fueled by billboard campaigns in several cities across the nation, rages on. However, his teammate, J.R. Smith, believes New York is not in James’ proverbial cards.

James and the Cavs are set to close out the regular season with a home-and-home series against the New York Knicks (at NYK on Monday, at CLE on Wednesday). Following Sunday’s shootaround in New York, Smith, a former Knick, offered a few words on James’ impending decision and whether or not he thinks James would consider the Knicks as an option.

Like many other cities, New York has jumped on the “recruit LeBron with billboards” train. Smith, a straight-shooter, laughed off the Big Apple’s advertisement.

“But that’s cool, though, man,” Smith said. “A lot of cities have tried that already. But we’ll see what happens.”

James, now 33 years of age and in his 15th season of service, addressed the buzz around his upcoming decision earlier this week, noting that his family is the most important factor.

“I don’t think like that,” James told cleveland.com after Sunday’s shootaround. “I’m too much of a guy that’s stuck in the moment. I don’t do too much of that.”

“My family,” James continued. “That’s all that matters. I want to continue to win at the highest level, because I know I can still do it as an individual, and then my family. My family is what’s most important to me, more than anything.”

James and his wife, Savannah, are both from Akron, Ohio. Together, they’re raising three kids at their Bath Township home: LeBron Jr, Bryce, and Zhuri. And in fact, Savannah has quite a bit of family in the Northeast Ohio area.

As recently as last week, James remarked on being able to watch a civil rights documentary he watched at the family’s home with not only Savannah but her mother and James’ mother.

For the record, James does own two homes in the Brentwood neighborhood of Los Angeles. That’s not to say he’s going to L.A., where several billboards have been posted in an attempt to swoon the King.

For now, it seems hoops fans around the world will simply have to wait for The Decision 3.0.