The Cleveland Cavaliers are getting set to tip of Game 1 of the 2018 NBA Finals, and although Cleveland is already the heavy underdog, J.R. Smith is going to play a very important part in whether the the Cavs success or fail in the series.

On Thursday morning, former Cavs guard Isaiah Thomas posted a photo on his Instagram account with LeBron James and Smith in Cavs jerseys. He added the hashtag ‘TBT’ and caption ‘let’s get it lol.’ It appears that Thomas will be rooting for the Cavs in these Finals despite playing just 15 games with them this season and coming off a season-ending injury in 2017 (with the Boston Celtics) and season-ending surgery in 2018 (with the Los Angeles Lakers).

#TBT let’s get it lol

Smith saw Thomas’ post and his seemed to enjoy it based on his response.

Smith and the Cavs will have all their work cut out for them, as the Warriors are already favored in win in four or five games. 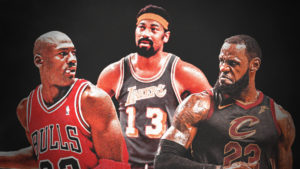