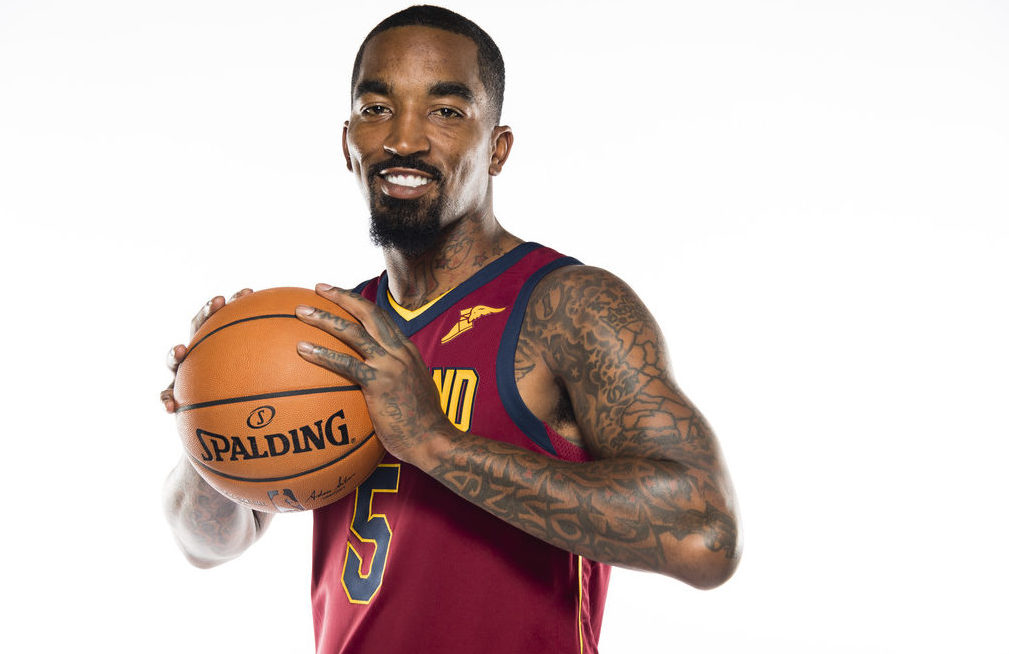 Cleveland Cavaliers sharpshooter J.R. Smith recently joined his teammates, Richard Jefferson and Channing Frye, on the 50th installment of their hit podcast, Road Trippin’ with R.J. and Channing. It was Smith’s first appearance on the show, and within moments, he was asked to give an update on his daughter, Dakota.

As most hoops fans know, Dakota was born almost five months prematurely back in January. Since then, she has made incredible strides with regards to her recovery.

In May, little Dakota was finally well enough to be released from the NICU at Hillcrest Hospital in Cleveland.

We Walked In Together We Walked Out Together!! Thank you so much to our extended family at the #NICU You all are truly the WORLDS GREATEST! @jewey808 back to #TeamNoSleep 🍼🍼🍼 #KotasHome

Now, with the start of the 2017-18 regular season just days away, Smith says his daughter is “doing great.”

“She’s doing great,” Smith said of his daughter during the podcast. “She’s my little twin, so she looks exactly like me, which is actually scary to have a female looking like me. She’s adorable. She never goes to sleep, which is a problem. She takes her little five, ten minute nap, then wake up and be live for 12 hours. But for the most part, she’s doing great.”

“She’s been to the Wine and Gold Scrimmage,” Smith continued. “It’s funny because, you know, you see kids and you think a baby wouldn’t really know what they’re watching. She watches the game. I’ll play NBA 2K or have basketball on TV, and she’ll sit there and watch the game with me.”

While this is an excellent update to report, we should continue to keep the Smith family, and any other family who might be going through these sorts of trials, in our thoughts and prayers.

As always, thank you for your time. Be sure to keep your browsers locked on Cavs Nation for more updates on this topic as they become available.

JUST IN: Dwyane Wade is among the NBA’s most generous stars when it comes to team discounts
Related TopicsCavsJ.R. Smith