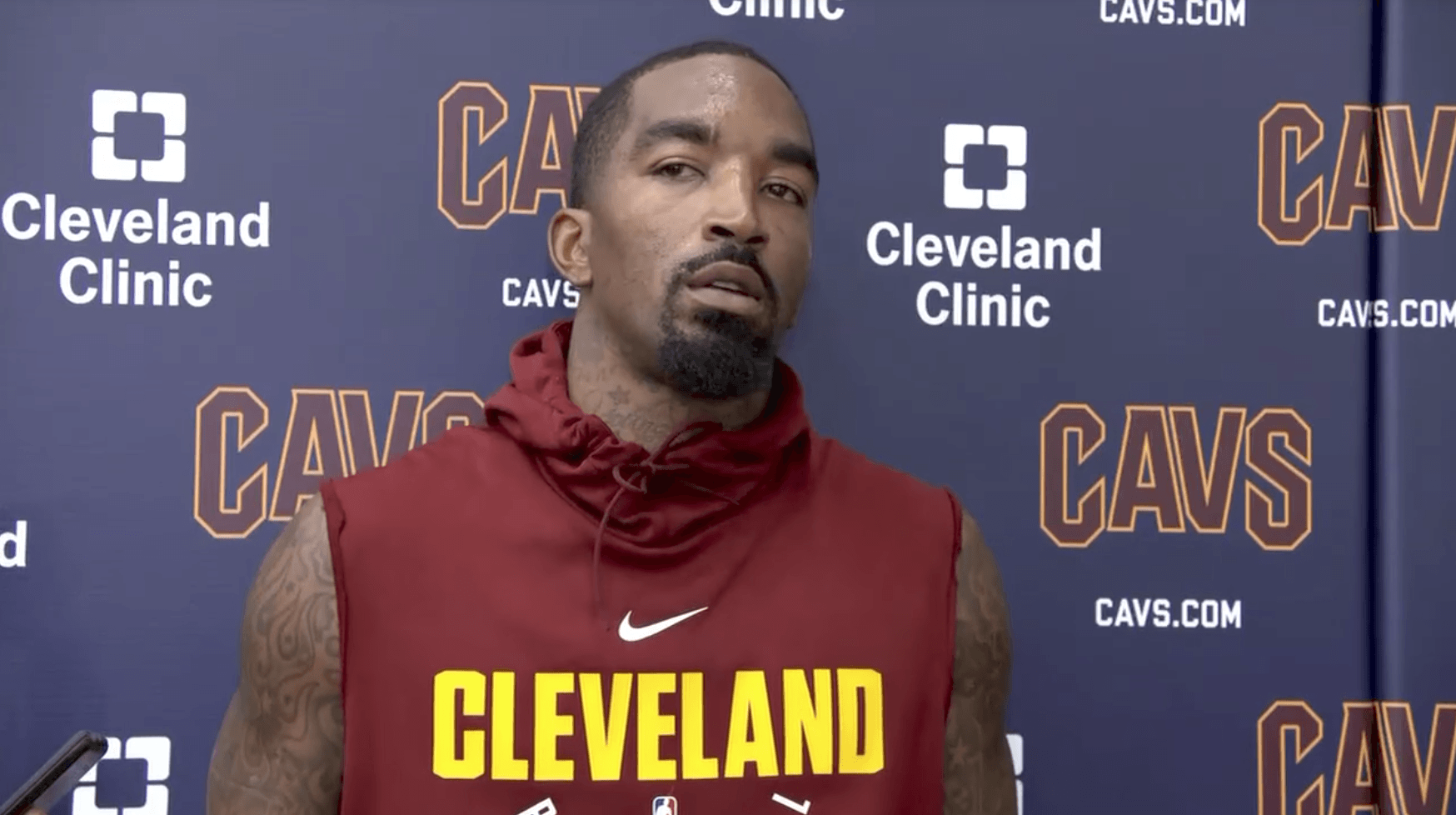 Now that they have officially signed Dwyane Wade, the Cleveland Cavaliers are a truly formidable team. From the starting lineup, all the way to the reserve players, this squad is simply deeper than a country hollow.

With so much talent on the team, the virtues of humility and cooperation will certainly be keys to the Cavs’ plans of success in the 2017-18 NBA season. J.R. Smith, one of Cleveland’s most notorious marksman, took some time after today’s practice session to remind all of the the Cavs’ new recruits to “check their ego at the door.”

“We all know who the big dog is,” Smith said, referring to LeBron James after today’s practice session at Cleveland Clinic Courts. “Everybody else just has to get in where they fit in. Obviously, if you’re coming here with an ego, you shouldn’t have signed here. You picked the wrong place to go. You come in here with an ego, and you’ve got a team who’s really trying to win championships, this is the wrong place to be. So if they’ve got an ego, they need to send their papers in now.”

“It shouldn’t be hard to (check their ego’s at the door) if they’re trying to win,” Smith added. “More than anything, if you’re trying to win, you should be able to do that easily. If you’re not trying to win, and you’re worried about your personal stats and all of that, like I said, this is the wrong place to be. And I ain’t got no problem telling them that.”

In less than one month, Cavs fans will get to see exactly how this new-look squad performs in on-court action. The Cavs are scheduled to host the Boston Celtics on October 17th at 8;00 p.m. as part of the NBA’s season opening slate of games.