J.R. Smith describes how he really feels about ‘Supreme’ issue 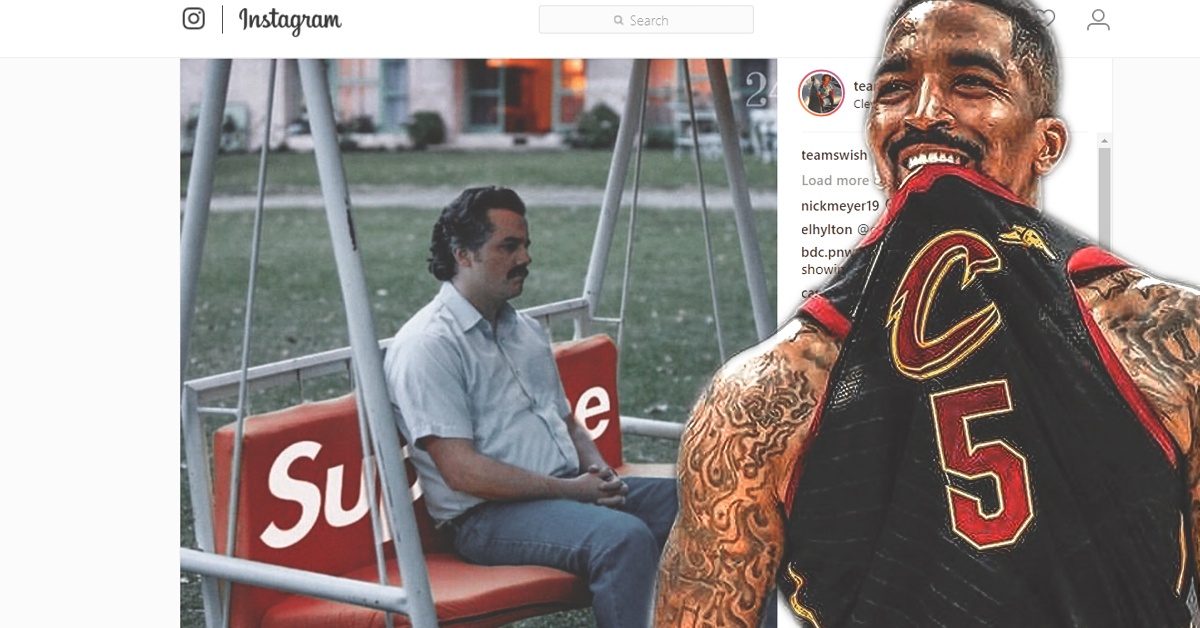 Cavs shooting guard J.R. Smith recently learned that he will need to cover up the Supreme tattoo that he has on his right calf during games. The New Jersey native has complied with the NBA’s rule thus far, but he took to Instagram on Friday night to express his disdain.

Smith posted a photo-shopped image from the popular Netflix crime drama, Narcos. The image features Pablo Escobar, the star of the show, sitting on a Supreme swing in contemplation.

Smith tells ESPN that he received a text message from The Players’ Association prior to the Cavs’ preseason opener against the Boston Celtics on Tuesday night. That’s when he learned that he would have to cover up his tattoo.

Smith, who was held out of Tuesday’s preseason matchup due to hip soreness, does not have a sponsorship deal with Supreme. He says it was just something he wanted to do.

“It was just something that I wanted to do,” J.R. Smith told ESPN. “There’s a lot of other things going on in this world (the league) could be worried about besides a tattoo, but it’s their league. They can do what they want.”

The NBA does have a rule against players displaying any commercial logos or corporate insignia on their bodies or in their hair, just for the record.

J.R. Smith and the Cavs will be back in action on Saturday night, when they’ll welcome the Celtics to Quicken Loans Arena. Tip-off is set for 7:30 p.m. EST with NBA TV having live broadcast coverage. 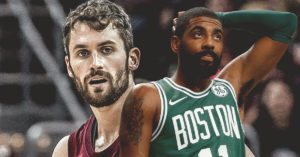