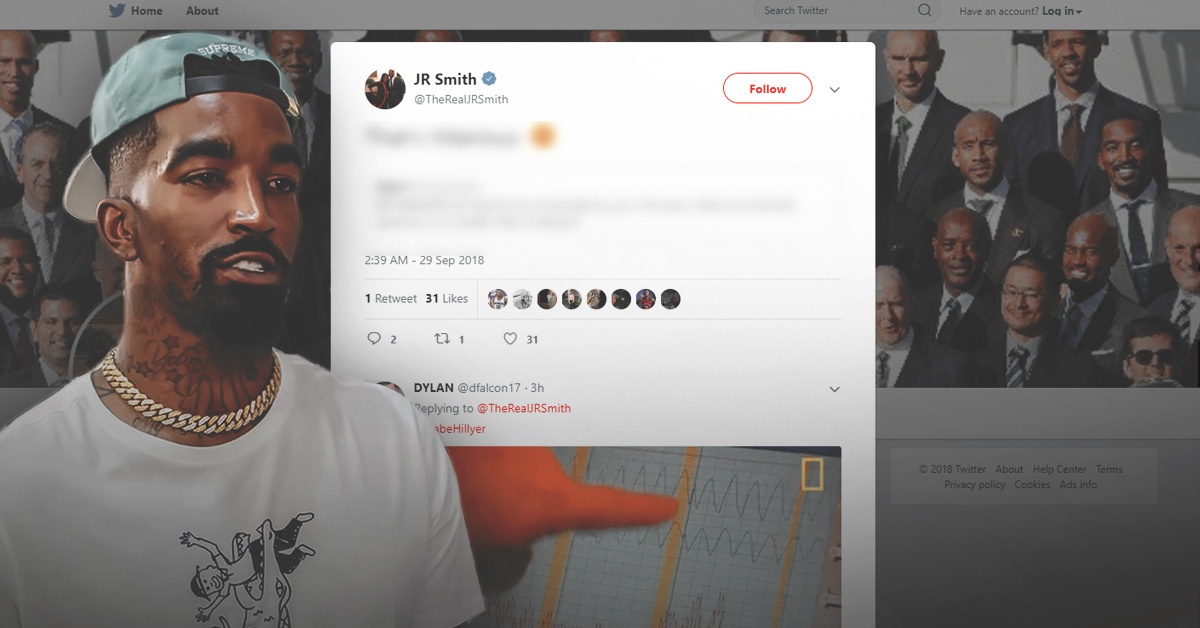 Cavs shooting guard J.R. Smith is a quiet sort of guy most of the time, but that doesn’t mean he’s afraid to speak his mind when provoked — a fact one curious Twitter user discovered in the wee hours of Saturday morning.

Twitter user @GabeHillyer, who has “Drake sucks” written in his biography, had a rather disrespectful question for Smith. For some reason, Gabe asked Smith if Kyle Korver, his teammate, is his biological father.

Smith was brief with his response.

Is yours the mail man https://t.co/CZZk5BGczI

Gabe didn’t stop there, though. He also claimed that Korver would “destroy” Smith if they were acting in some sort of pseudo super hero story. Smith was not amused, but he did reply.

Smith and the Cavs have a new hill to climb this season, so to speak. Gone are the days of LeBron James’ reign in The Land. Enter a new era of young, talented players, including rookie Collin Sexton, Larry Nance Jr, Jordan Clarkson, Cedi Osman, and Ante Zizic.

Smith, now 33 years of age, has said he is open to mentoring his young teammates.

“More than anything, I want to help the younger guys,” Smith recently told Jesse Washington of The Undefeated. “More than guys helped me when I was coming up, you know?”

“Help them with managing time,” Smith continued. “Most often, basketball will take care itself. You got talent, you got skill, that will take care of its own. But, just off the court, you know? Managing time, teaching the rights from wrongs.”

Exactly how Smith and the Cavs will perform in the coming season remains to be seen. A lot of players will have new opportunities. Let’s see if they can capitalize. 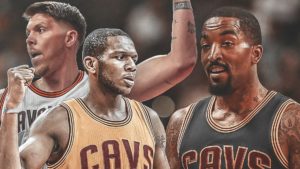