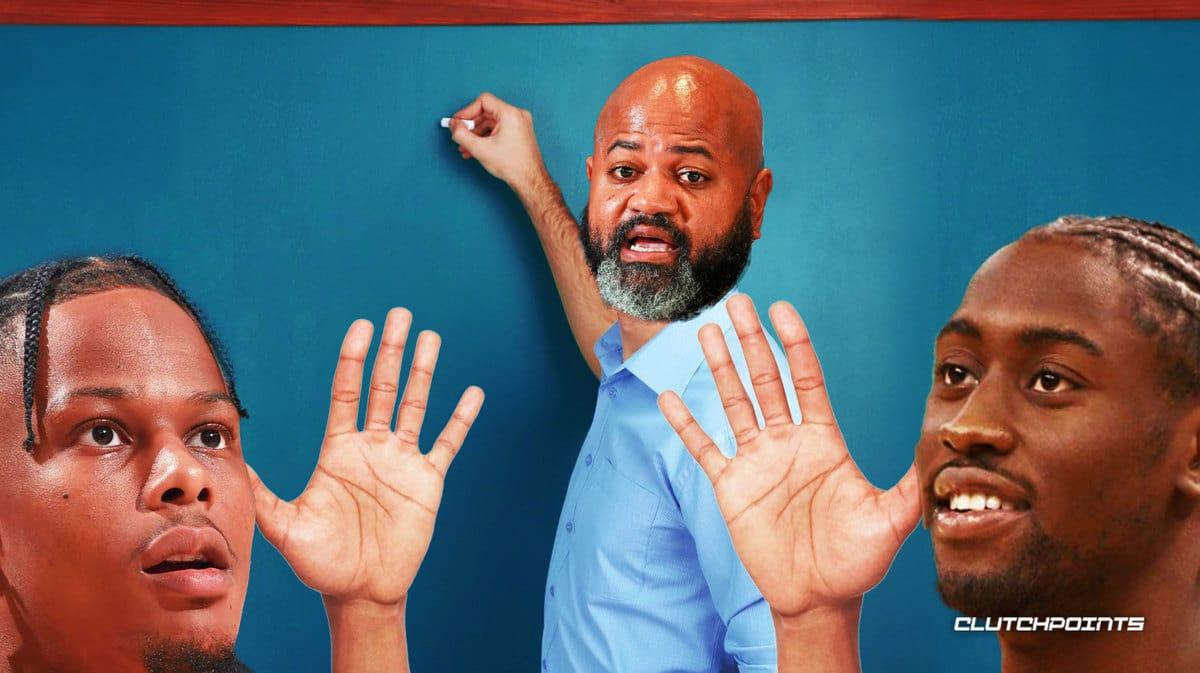 Cleveland Cavaliers head coach J.B. Bickerstaff has a good problem on his hands right now. As the Cavs prepare for their season opener against the Toronto Raptors on Wednesday night, the big question is, who will end up getting the nod to start at small forward? Well, at this point, Bickerstaff still isn’t making any revelations.

When asked by reporters who we should all expect to be in the starting lineup come Wednesday, the Cavs coach decided to keep mum (h/t Cavs insider Chris Fedor of cleveland.com):

Either Bickerstaff hasn’t made a decision yet, or he just wants all of us to wait until the Cavs make an official announcement. Bickerstaff and his coaching staff have had the entire summer to make their decision, so they have likely already determined who it’s going to be. I guess he just wants to keep things exciting at this point.

Right now, two players are in strong contention to be the Cavs’ starting small forward. Last season, this role belonged to Isaac Okoro, who turned out to be quite a revelation for the team in 2021-22. Challenging his post is Caris LeVert, who has now been replaced as the starting shooting guard by new superstar Donovan Mitchell.

It is clear that coach Bickerstaff isn’t ready to make a public declaration just yet, but it should be a win-win situation for the Cavs either way. Whoever gets the nod to start should be a good fit for the rest of the starting lineup. Either one of Okoro and LeVert will also be a formidable weapon coming off the bench as part of the second unit.