Cavs’ J.B. Bickerstaff will not coach vs. Bulls due to personal reasons

The Cleveland Cavaliers will play against the Chicago Bulls on Wednesday without head coach JB Bickerstaff. In a statement, the Cavs announced that Bickerstaff will not be on the team’s bench when they host the Bulls due to personal reasons.

The 42-year-old head coach is expected to be back for the team’s next game on the road against the Charlotte Hornets on Friday. In the meantime, assistant coach Greg Buckner will take Bickerstaff’s place as the team’s head coach.

Bickerstaff first joined the Cavs in 2019 as an assistant and associate head coach, before taking over for John Beilein in February last year. In his first full season as head coach, he has guided the Cavaliers to a 20-37 record and the 13th spot in the Eastern Conference. Nevertheless, Cleveland remains in the hunt for the postseason play-in tournament.

Buckner, meanwhile, is also in his first full season as an assistant for the Cavs. Before joining Cleveland, he was previously an assistant coach with the Grizzlies, and joined the team shortly after Bickerstaff was named as the team’s interim coach.

Cleveland has lost their last three games to the Detroit Pistons, the Bulls, and the Golden State Warriors and is looking to snap that skid against a Chicago team that is will play without All-Star Zach Lavine, who is still listed on the team’s COVID-19 health and safety protocols. 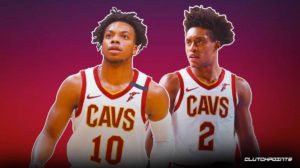