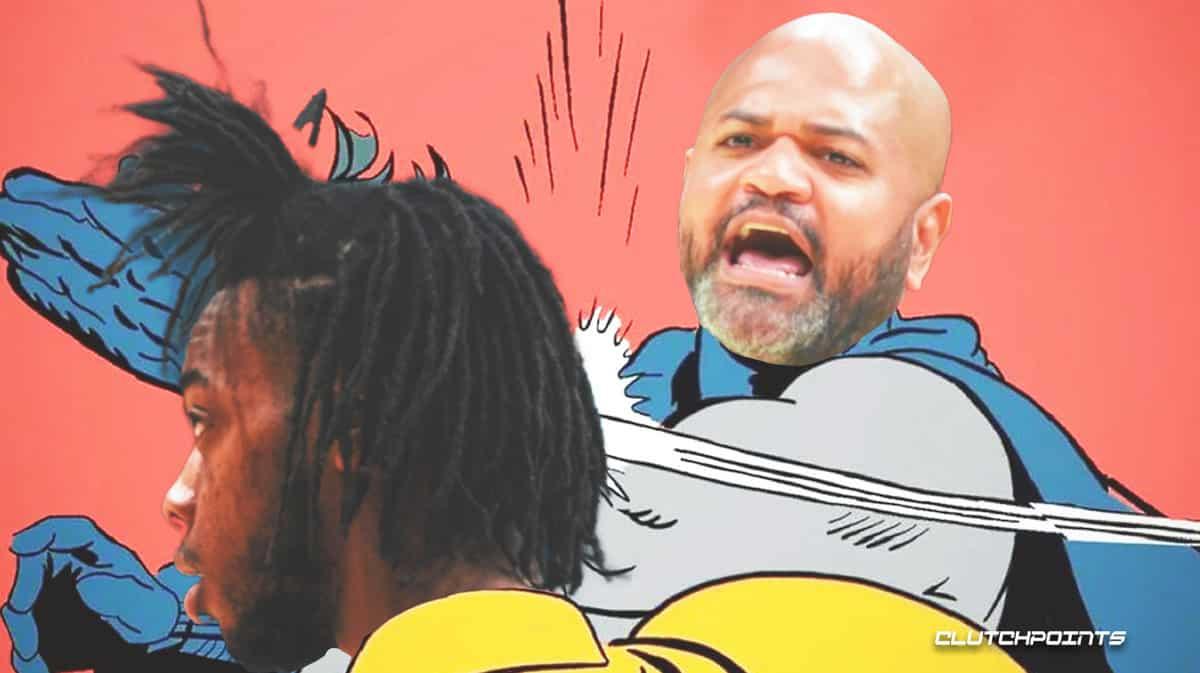 After emerging as one of the top teams in the East over the first half of the season, the Cleveland Cavaliers have fallen back down to earth of late. The Cavs have lost two out of their last three games after the All-Star break which culminated with Wednesday’s highly disappointing 119-98 blowout loss against the Charlotte Hornets in Cleveland.

This slump actually extends to before the break. The Cavs have now lost five out of their last six games and have slipped to the fifth spot in the conference. Things are very tight in the East right now and if this freefall continues for Cleveland, they could very well end up fighting for a playoff spot towards the end of the regular season.

Cavs head coach J.B. Bickerstaff is well aware of the situation. As a matter of fact, the 42-year-old shot-caller has a clear understanding as to the reason behind his team’s recent slump. According to Bickerstaff, complacency has been an issue for his young side:

“I think we got comfortable,” Bickerstaff said, via Kelsey Russo of The Athletic. “And that’s the way it appears to me as if we’re playing. And we’ve said it in moments before, but people start to say a lot of good things about you, and you start to read all those good things that people are saying about you, and you start to believe it. Your mentality, as human nature, flips from being the underdog to someone who you feel as if you’ve accomplished something.”

Bickerstaff then dialed back on the criticism by saying that he also appreciates where his players are coming from here. The coach isn’t pinning the blame on them completely and he understands that this is part of their growth process:

“That’s part of it,” he continued. “That’s part of young teams developing and getting better and becoming winners. You go through the history of this league, it’s common. You see young teams have some successes, and then you see them have pockets of hard times. And then it’s a matter of how do you respond? So, again, we’ve got full trust in our guys. Believe in their character that we’ll get through this, but we’ll learn from it, and we’ll find it.”

Being the professional that he is, coach Bickerstaff already has a solution in mind. They have identified the problem and they already have a general idea of how to fix it. It now becomes a matter of implementing the gameplan:

Bickerstaff took it a step further by providing the details of his solution. The third-year Cavs coach went through a rather lengthy list of problems that he sees with his current team:

“We’re missing, one, the physicality to start with,” Bickerstaff said. “Two, there’s a lot of discipline mistakes; we’re not in the spots where we should be. And then the third piece of it is we’re not doing the extra that we were doing to this point to put ourselves in that position that made us who we were. And that’s our core. Those are the things that we’ve always done to protect one another. To do it together. To put the one more. To play with toughness. So, that’s what we have to get back to. You can’t rest on past experiences in this league, like the challenges are coming, and nobody gives a shit. So you’ve got to be prepared, and you got to solve it.”

It’s easy to see why the Cavs have taken their foot off the gas, so to speak. They were one of, if not the biggest surprise packages of the season early on and everybody was heaping praise on them for their excellent play, despite being one of the youngest teams in the league. This is actually one of the factors that did not work in their favor in this particular case, with this team’s lack of experience leading them towards a false sense of security.

Be that as it may, Bickerstaff remains confident in his men. He knows what his squad is capable of — he’s already seen it earlier in the season. He also believes that his guys have more in them. The Cavs are in the midst of a tough test right now, but if they are able to overcome it, then this will only make them stronger as a unit. These are the moments that define a team.