J.B Bickerstaff punished for NSFW rant at refs during Cavs loss to Hornets 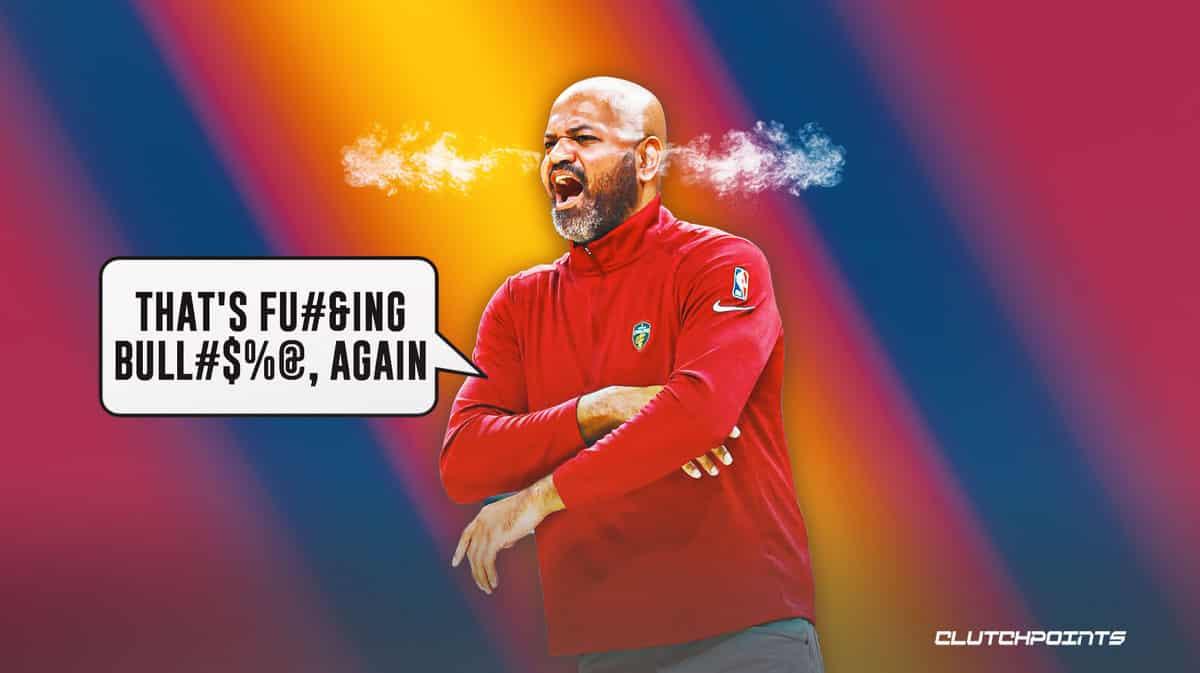 Wednesday night, the Cleveland Cavaliers got trounced by the struggling Charlotte Hornets, 119-98. During the loss, Cavs coach J.B. Bickerstaff got whistled for a technical for complaining about a call. He then got fired up, which prompted officials to give him a second technical and ejection. Bickerstaff decided to get his monies worth, as he was seen blasting profanities at the officiating crew and had to be held back. On Friday, the NBA announced that Bickerstaff is going to pay for those decisions, quite literally.

Cavs coach J.B. Bickerstaff fined $20K for "directing inappropriate language toward game officials and failing to leave the court in a timely manner," per NBA.

Happened in Wednesday's loss to the Hornets.

According to USA Today NBA reporter, Bickerstaff has been fined $20,000 for directing inappropriate language toward game officials and failing to leave the court in a timely manner.

Early in the third quarter, Cavs’ Cedi Osman attempted to draw a change but was instead calling for a blocking foul. That is what initially set Bickerstaff off.

It’s possible that Cleveland’s recent struggles and the frustration coming from that also played a part. The Cavs have now lost five of their last six games and have just been passed by the Boston Celtics in the eastern conference standings. The Cavs are now 36-26 on the season, sixth in the east.

With the Brooklyn Nets getting Kevin Durant back, it’s likely that the Nets are going to make a push to climb out of the play-in tournament. The Cavs have had their sights set on a deep playoff run. The last thing they want to do is fall into a one-game play-in scenario. But that is beginning to look like it is very possible.