The Cavs and Larry Drew decided to part ways shortly after the 2018-19 regular season. As a result, Cleveland is now actively searching for a new head coach. The team is said to have several candidates in mind, including former Grizzlies head coach J.B. Bickerstaff and Jazz assistant Alex Jensen.

According to a report from Marc Stein of the New York Times, the Cavs have scheduled meetings with both Bickerstaff and Jensen this week:

Former Grizzlies coach JB Bickerstaff and Jazz assistant Alex Jensen will formally interview with the Cavaliers this week for Cleveland's coaching vacancy, according to league sources

Bickerstaff would be a fine playcaller for the Cavs, and he already has ties to the franchise. His father, Bernie, serves as Koby Altman’s senior advisor. Bernie has over 30 years of experience as a head or assistant coach in the NBA. And furthermore, he served under Mike Brown as an assistant during Cleveland’s 2013-14 season.

J.B, now 40 years of age, was promoted to head coach of the Grizzlies after the team decided to part ways with David Fizdale in the 2017-18 season. However, he was relieved of his duties in April of this year after failing to reach the playoffs.

Other candidates that have been named in the Cavs’ coaching search include Nuggets assistant Jordi Fernandez and Mavericks assistant Jamahl Mosley.

The Cavs had hopes of making a playoff appearance this season, despite the fact that LeBron James took his talents to Hollywood. However, it quickly became evident that their goal would not be reached. And though their season didn’t go as they had planned, the young players on the roster grew in many ways, including former No. 8 overall pick Collin Sexton. Whoever the Cavs choose to bring on as their next head coach will need to continue that trend. 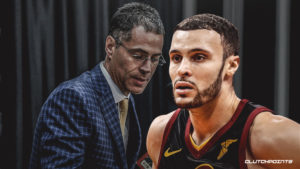