As most hoops fans know, Thomas, now 28 years of age, came to the Cavs by way of their offseason trade with the Boston Celtics. After missing roughly seven months of action due to a hip injury, the former Washington Huskies standout made his return to the court on Jan. 2, scoring 17 points in 19 minutes against the Portland Trail Blazers. Now, however, the crafty ball-handler has gone 0-17 from the field in the first half of his last two outings.

Isaiah Thomas missed all 10 of his shots in the first half.

He's 0-17 in first half of his last 2 games pic.twitter.com/EBwjMQwYeU

Without a doubt, Thomas (still on a minutes restriction) is still getting his proverbial legs back. In his four appearances with the Cavs since his return, he’s turned in averages of 12.3 points on 35.3 percent shooting from the field (26.1 percent from beyond the arc), 3.3 assists, and 1.3 rebounds.

“I just have no legs,” Thomas told Joe Vardon of cleveland.com. “This is my preseason. I can’t do nothin’ about that. Usually guys have off-season, the preseason to prepare as well, and then you get going in the real games. I haven’t had any of that. This is my preseason. I have to figure out ways to get my legs back.”

The Cavs, now losers in seven of their last ten games, will have to get their act together relatively soon. They’ve allowed 387 points in their last three games, and coach Lue is less than pleased.

“We’ve got to demand more from everyone, myself, the players, coaches,” coach Lue said following Thursday’s loss. “We’ve just got to be better. No excuses. They kicked our butt tonight. We’ve got to be better defensively and offensively. Until that happens, we’re going to continue to see this.”

Thomas will likely be held out of Friday night’s road game against the Indiana Pacers due to the back-to-back restriction that the Cavs have placed him on. 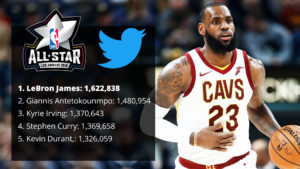