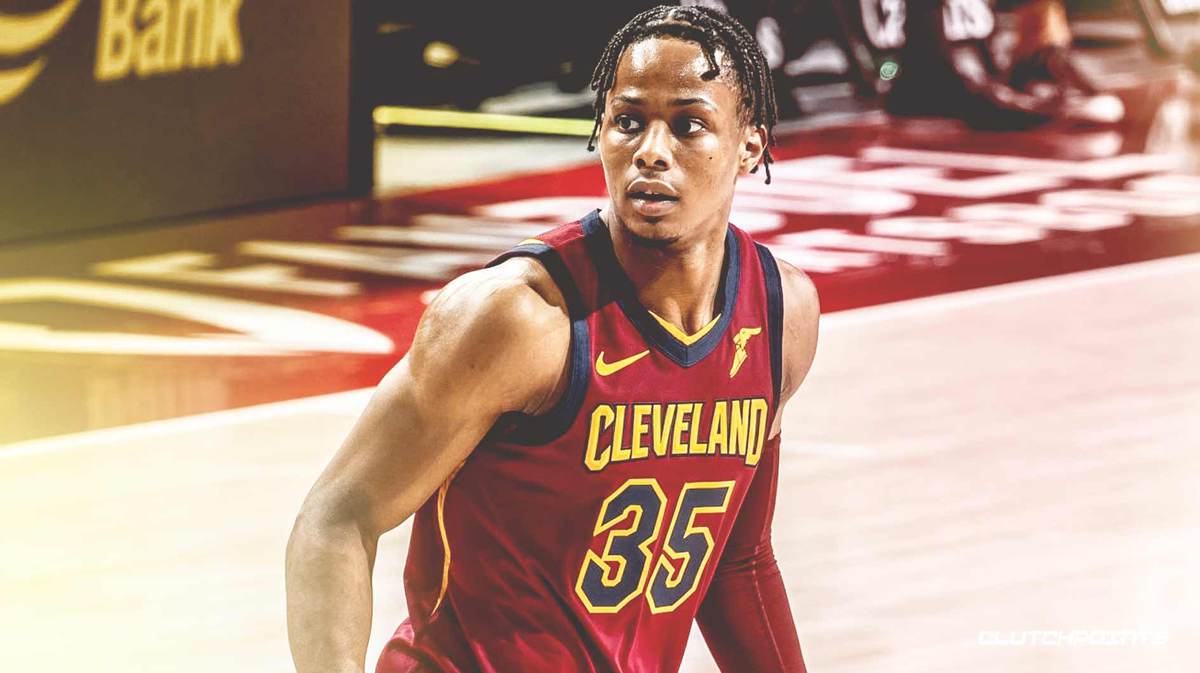 Cleveland Cavaliers rookie wing Isaac Okoro will miss his first career game due to injury on Sunday. The first-round pick has been ruled out for the Cavs’ matchup with the Philadelphia 76ers as he deals with a left foot sprain, according to Chris Fedor of cleveland.com.

Kevin Love is questionable for Sunday’s game with a calf issue.

Fedor reports that the team’s belief is that Okoro is “fine,” but sore.

The Cavs will be on the second leg of a back-to-back, which could be the reason why the team is being extra-cautious with their prized rookie.

Cleveland is coming off a 128-119 double-overtime win over the Detroit Pistons on Saturday. Okoro apparently suffered the foot injury when he fell awkwardly early in the game.

He gutted through the pain to play 42 minutes, including most of crunch time, though he failed to score a point. He missed all four of his field goal attempts, including three 3-point attempts, adding three rebounds and a steal.

Okoro was drafted for his defensive prowess, which was present throughout the night.

The Cavs improved to 2-0 after the win, led by strong performances from Collin Sexton, Darius Garland, and Andre Drummond.

At the moment, there’s no timeline for how long Okoro will be out.

Cedi Osman is a likely candidate to start in Okoro’s absence, so adjust your fantasy lineups accordingly.

Detroit drafted Okoro with the No. 5 overall pick in November’s draft. In limited action so far, the small forward is averaging 5.5 points, 3.0 rebounds, and 2.5 assists in 37.5 minutes per game.

The Cavs and Sixers will tip-off at 7:30 p.m. ET at Rocket Mortgage FieldHouse.