Cleveland in trade talks with Lakers for Rajon Rondo 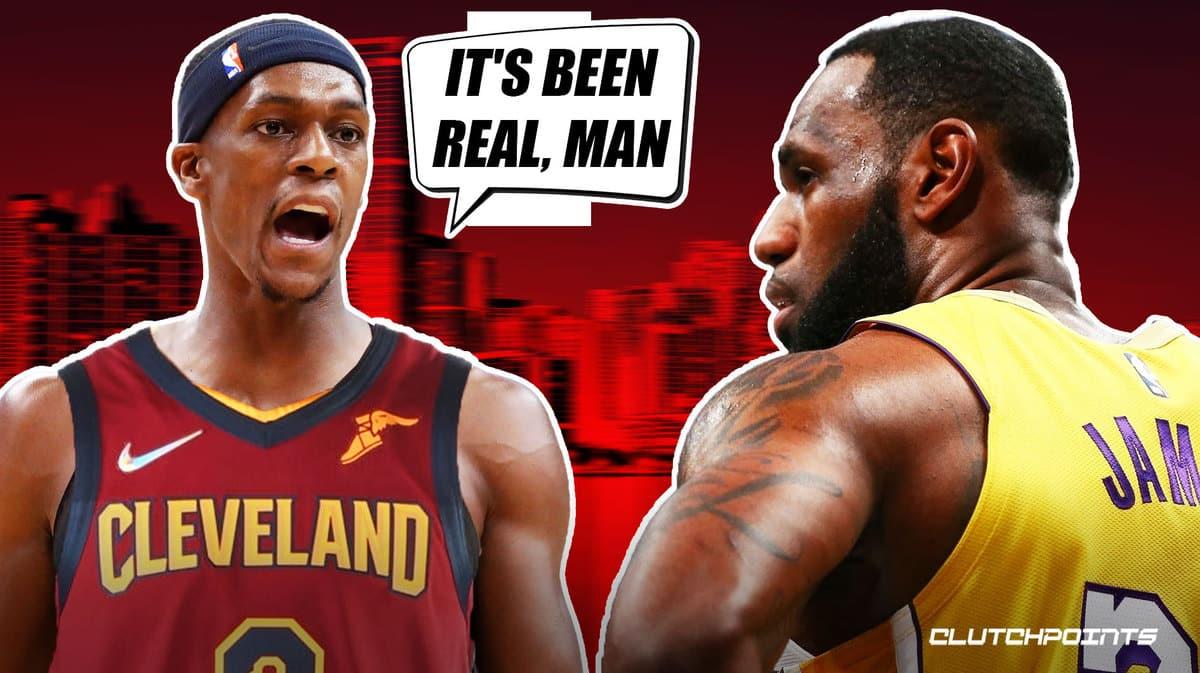 The Cleveland Cavs were dealt a tough blow earlier this week, when it was announced that point guard Ricky Rubio suffered a torn ACL and will miss the remainder of the season. That left another hole for the Cavs to fill. They are already without Collin Sexton for the year as well.

It’s been reported that the Cavaliers are in talks with the Los Angeles Lakers to acquire the services of Rajon Rondo.

The Cleveland Cavaliers are engaged in serious talks to acquire Rajon Rondo from the Los Angeles Lakers.

The Cavs are one of the biggest surprises in the NBA this season, despite all of the injuries the team has sustained. Rookie standout Evan Mobley missed almost a month earlier in the year.

Rubio was having one of the best seasons during his 11-year career. In his first season with the Cavs, Rubio was averaging a career-high 13.1 points per game. He also chipped in with almost seven assists and five rebounds per game. He has been a great leader, distributer and scoring option for the second team off the bench.

His injury has left the Cavs looking for some help at the guard position. Rondo is a similar player to Rubio. He is a great passer and playmaker, but not particularly known for his shooting. Rondo has always been a solid defensive presence throughout his career. That’s something that has typically lacked in Rubio’s game.

The Cavs are 20-14 and sit 5th in the Eastern Conference standings. That alone is a pleasant surprise for Cavaliers fans. But they also have the best plus/minus in the conference by a wide margin at +6.2 points per game.