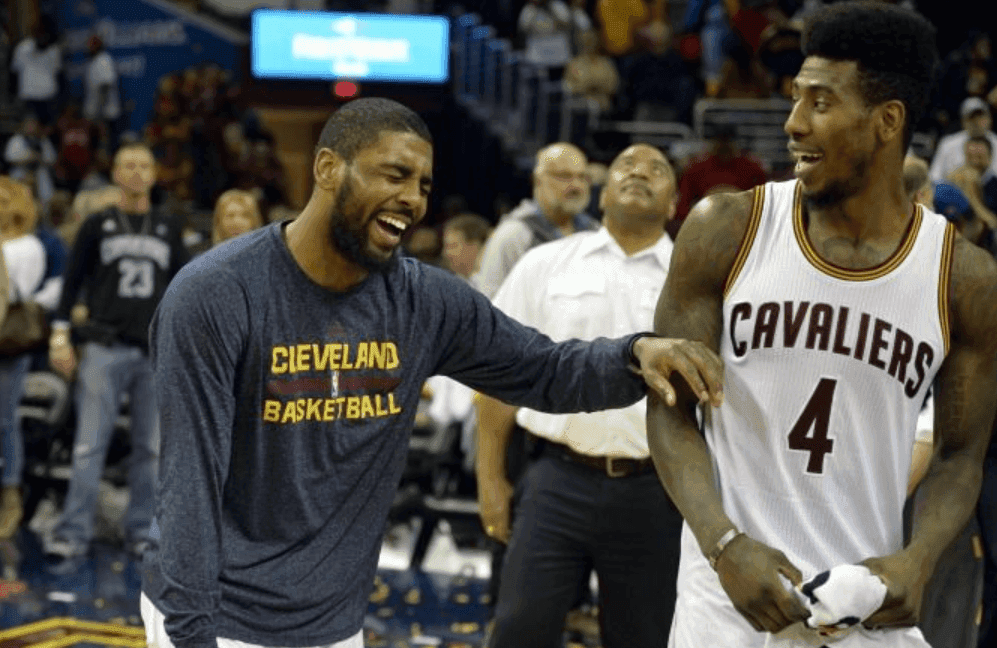 Prior to the Cleveland Cavaliers dealing away Kyrie Irving to the Boston Celtics last month, there was plenty of uneasiness around the organization stemming from the situation.

This remained after Irving stated during his introductory press conference with Celtics that he has yet to speak to LeBron James. Despite that, Iman Shumpert believes that this hasn’t affected bond with his now former teammate moving forward, according to Nina Mandell of For the Win.

“There’s no hard feelings,” he said. “And I’m sure Ky at some point is going to talk to everybody, the same way he talked to me. Ky’s a regular dude. He’s going to compete and he knows we’re going to be out looking for him when we play Boston. It’s all fine.”

There is a clear understanding of how Irving operates as a player both on and off the court. It’s a complete adjustment period for the 25-year-old having it be the first time he’s been traded in his NBA career.

He is set to enter the first year with the Celtics where he could quickly become the face of the franchise and top scoring option, which he very much desired when he requested a trade from the Cavs. This is entirely new territory for Irving that he might feel he needs to disconnect from his prior situation to get properly acquainted.

Irving and Shumpert had developed a strong bond over their time together with the Cavaliers, one that even extends off the court. It should be just a matter of time before he has hashes things out with James at some point during this upcoming season, possibly when the Cavaliers and Celtics face off in the season opener on Oct. 17.