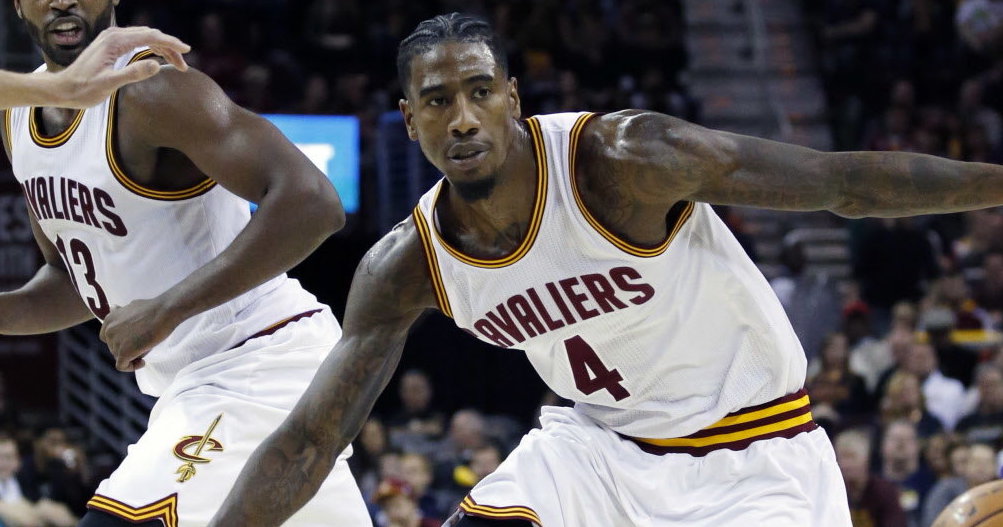 The Cleveland Cavaliers entered this offseason as runner-ups from the 2016-17 NBA season, falling to the Golden State Warriors in five games. With the team always looking to improve via free agency or trade, one of the players that’s always been rumored to be on his way out is guard/forward Iman Shumpert.

The six-year guard from Georgia Tech signed a 4-year, $40 million deal back in 2015, and has often been the primary wing off the bench for the 2016 NBA Champions. When he was brought back on board as a defensive-minded wing, many expected his offense to pick up and for him to become a potential two-way threat.

While his effort and hustle on the court can never be questioned and should never be underappreciated, that statistical development hasn’t exactly happened, as Shumpert has averaged just 6.8 points, 3.2 rebounds, 1.5 assists, and 0.9 steals while shooting 39.7 percent from the field and 33.7 percent from beyond the three point arc in his two full seasons as a Cavalier. As a result, his name has always appeared in trade rumors for the Cavs.

This offseason, Shumpert spoke with Fansided’s Mark Carman at his annual basketball camp, where he admitted that he knows the NBA is very much a business, and that he could very much be traded.

“I understand the business aspect of them [NBA teams] making trades, and signings over there in the West, the having to move people around.” said Shumpert. “If I am one the pieces that has to be moved around then, it is what it is.”

In his six seasons in the NBA, Shumpert has dealt with a few injuries including a torn ACL and meniscus in his left knee, a dislocated shoulder, a groin issue he was able to fight through during the 2015 NBA Finals, and a ruptured Extensor Carpi Ulnaris sheath in his right wrist that cost him three months of action.